Gluten is in the news again. Gluten and probiotics are among the two dietary issues that most consume my patients. I am asked for my opinion on them several times each week. Although my opinion is solicited, these patients have largely already made up their own minds as they are often avoiding gluten and swallowing zillions of “good bacteria” with zeal and enthusiasm.

Why do they do this in the absence of corroborating medical evidence? Why do millions of voters support Donald Trump’s mantra that he will make America great again? Both of these groups do so on faith. When are need to believe something is overpowering, our demand for proof recedes. Many of us need to believe that gluten is the agent responsible for our vague medical complaints that have stymied our doctors.

Similarly, our frustration with so many aspects of our society and conventional candidates makes us believe that Trump will turn the nation into yellow brick roads leading to Emerald Cities everywhere.

I take care of patients with true celiac disease who need to avoid gluten. Most of my gluten-avoiding customers are not celiacs, but feel better on their self-prescribed diet. When these folks see me and relate their clinical improvement, I support their decision. Why do I do so after I just mocked the gluten-free zealots?

Recently, General Mills recalled nearly 2 million boxes of gluten-free Cheerios and Honey Nut Cheerios, because these boxes were contaminated with wheat, which contains gluten. The company voluntarily and properly undertook this recall. If a product is represented to be gluten free, then it should be. Folks who have life threatening allergies to peanuts, for example, depend upon true labeling for their very lives.

However, not every manufacturing goof will result in such a dire risk for consumers. Yet, the Cheerios recall is labeled a class 1 recall which means that there is a reasonable probability that it will cause serious health consequences or death. Give me a break. The phrasing states “will cause,” not even “may cause.” Gluten is not botulism. If a celiac patient ingests some gluten by error — which every one of them does throughout their lives — they live see another day. The FDA’s class 1 designation is over-the-top hyperbole of the first order, if you will forgive my redundancy. We would expect a class 1 recall to be invoked for a faulty pacemaker, for example.

Who makes up these definitions? Obviously, the FDA wasn’t thinking clearly when they did so. They were probably on a sugar high after wolfing down too many bowls of Fruit Loops.

Do psychiatrists have value? Yes, they do. 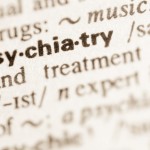 Doctors are growing uncomfortable with procedures. Is training to blame? 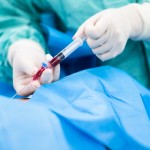 Cheerios recalled for not being truly gluten free. An overreaction?
1 comments