Jerry once killed a man, his best friend.  He told me about it, unemotionally, but as if it had just happened.

He wandered the street like a refugee in a war-torn country, except he was in mid-America: Louisville, Kentucky, as it were.  He was homeless.  I’ve known him for five years, anyway.  He’s approaching fifty, a rough-looking man, large, with thick gray hair, which is quite long now.  He has lost a lot of weight recently, and I’m not sure why.  He is slightly mentally retarded and very mentally ill.  Schizophrenia is his diagnosis, I believe, along with several other classifications, including one where he cuts himself, usually his midsection.  I’ve seen him when he is pretty psychotic, which is no fun.

Jerry is a veteran, and he was just out of jail after a four-month stint, and as if all that is bad for Jerry’s re-entry is not enough, my mental health agency (those who employ me as a social worker) has decided to close his case.  Why?  Well, it is complicated, but it involves money, of course.  Almost always does.

He has been active with us for twenty years or more, while all that time getting a modest veteran’s check, which means the VA should be primary in the care of Jerry.  They should be his mainstay.  Yet they are not.  We’ve taken care of Jerry’s day-to-day needs, handled his money for him, seen to it he met with a psychiatrist periodically, and got medicine until he would decompensate, which lately he has done often.  Decompensate means getting very sick.  So the decision was made, somewhere above me, that we just have to get out.  I mean, he was sick all the time now, and being sick like he was often meant being violent.

Who is to blame?  Well, there is plenty of blame to go around.  Jerry himself has the misfortune of not having much family, and what family there is, wanted nothing to do with him, and he seemed uninterested in them.  That kind of situation never helps.  And, as I said, Jerry had murdered a man when drunk, a long time ago.  Still, that sort of history hangs around and does not endear you to the fellow.  You have to be on guard.

I’ve dealt with him a lot, most of the time without incident or worry.  But then too, there were the times when he was frighteningly out of control.   Once it happened when I accompanied him in a police car to the emergency psych unit at University Hospital, only to have the police officer — a burly woman cop — drive off and leave us to deal with the hospital admissions alone.  It was not an immediate admission, which left Jerry roaming the waiting area like a deranged animal frightening everyone.  And there I was, trying to calm him until he could be admitted.  Hospital security took notice of him, but just looked on, not wishing to take him on or otherwise get involved.

Another time I was in my own car with him headed for the psyche unit at the same hospital.  In the back seat was my supervisor Linda, and Jerry persisted in whispering to me how he wanted to hurt Linda.  All I could think to say is, “Jerry, that’s your illness talking, not you.  You know Linda is your friend, here to help you.”  And Linda was indeed all of that.  She liked Jerry and often tried to help.  By the time I was ordered to dump Jerry as a case, Linda was working someplace else. Can’t blame her.

A lot of the trouble with Jerry I place at the door of our own psychiatrist.  Instead of trying to find psych medicines that might work for him, even older medicines that the drug companies hate because they are out of patent and cheap, this guy prescribes very expensive, largely ineffectual medicine, or sometimes a shot that simply is not strong enough for Jerry.  It doesn’t work, and maybe nothing will, but few options are explored.

The doctor is cheeky, I have to say that.  He prescribes this largely useless medicine, which costs easily $600 a month, and on the side works for the drug company, giving speeches promoting the product, saying how wonderful it is.  It is all pretty outrageous, but nobody puts a stop to it.  Medicare and Medicaid pick up the tab.  I believe that these pricy medicines are developed primarily to be sold, to fleece the government programs.  Private insurances are seldom asked to pay (and don’t).

When Jerry got transported to the VA hospital, he was not kept long enough to stabilize him.  In three days he was out, with little changed.  This has happened more than once.  Yet in theory, the VA must act because we won’t anymore.

So I am instructed to close out Jerry, send his money to the VA to handle.  He gets both a monthly Social Security and a VA check.  Then this happens: Jerry suffers a burn on his foot and leg, and the VA must keep him to heal the wound, and then they are unable to release him because we won’t accept him back for outpatient care, and so they begin to look for a personal care home for Jerry.  One is found in northern Kentucky.

So Jerry is sent there, and I’ve not seen him since, although every day I half expect to see him back in our waiting room asking to see me and looking for money.  For Jerry, it would be as if none of what I just described ever happened.  The fact that our offices have been home for Jerry for more than 20 years is all that he knows.  And for him it is no more complicated than that.

Believe it or not, most young physicians love their electronic health records 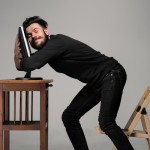 Who’s to blame for this psychiatric failure?
1 comments