As a fourth-year medical student in a sub-internship in internal medicine, I have something that no doctor in America has. I have as much time as I want to spend with my patients. Don’t get me wrong, I am still a student. I’m still paying hospitals to let me be there, and I only have a maximum of four patients per day, but I inevitably end up spending more time with each patient than the average resident.

Today, I spent my time with one patient in particular. She was a Caucasian woman who was a previous intravenous drug abuser who has been sober for fifteen years. She is on methadone and takes Xanax for anxiety. She presented to the emergency department for a week of worsening malaise and generally feeling unwell. She also suffers from chronic respiratory failure secondary to chronic obstructive lung disease (COPD) due to her extensive cigarette smoking history.

We worked her up and ruled out pneumonia, a COPD exacerbation, urinary tract infection, an underlying malignancy, infection, or anemia. She was stable and not acutely ill, so we readied her to be discharged from the hospital. When we told her the good news, she broke down, cried, and begged us to help her. Not exactly what we were expecting.

“Please help me,” she insisted. I can see how more experienced doctors hate these types of patients. Previous drug abusers who end up in poor health and are looked upon as a succubus who drains the healthcare system of its resources. Occasionally however you find someone who just wants to get better. I believe, maybe naively so, that this was an example of the later.

At what point will sickness of the mind be treated equally as sickness of the body in our society and culture? There is a terrible mental health epidemic currently occurring in the United States, but the only thing I know about the problem is that we need to fix it. I believe that the first step that we as physicians, friends, brothers, daughters, and loved ones can do is to perceive and prioritize illnesses of the body equally to sickness of the mind. Maybe then we can start to take care of the patients who truly want to get better.

Marc N. Katz is a medical student who blogs at MyKatz. 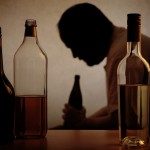 When will we start taking mental health seriously?
6 comments