Several weeks ago, I was running late to my afternoon clinic. Literally, I could not move my feet fast enough. Reminiscent of 1990s childhood computer games, my Oregon Trail tempo was somewhere between strenuous and grueling. Lunch in hand, I slid into clinic just as the nurse was readying the chart of my first patient. I stuffed my lunch into the desk drawer, read the name off the chart, and called him into my room. The encounter proceeded as usual. I sauntered through the patient’s complaints with ease until we came to the subject of his diet — something I attempt to discuss with every patient. As I broached the subject with an inquiry into the quantity of fruits and vegetables he ate, I was rebuffed.

“How many fruits and vegetables do you eat? Doctors have the worst diets!”

I bristled and was surprised that my patient had kept the pulse of my profession’s dietary discretions. This was the first time the proverbial (dining) table had been turned on me. And for good reason, my lunch, quietly ensconced in the desk drawer, was a personal pizza. Adorned with cheese and overflowing with fat, calories, and cholesterol. So delicious yet so un-doctor like. Never did I regret purchasing a pizza more than that day — and I hadn’t even eaten it yet. Unsure if I was sensing a poor coping mechanism or he smelled my pizza, I brandished my defense: I eat lots of fruits and vegetables as a vegetarian (but I may eat a pizza “once in a while”). Of course, I could have invoked that pizza is a vegetable, like Congress did back in 2011, but I didn’t want to entangle myself further. Also, I didn’t dare reveal my pizza tucked away lest losing all credibility.

Straddling hypocrisy and Hippocrates, I counselled appropriately. The counselling, coming from my mouth, went into his ears. And mine. 69 percent of American adults are overweight or obese. Physicians — who by default are adults unless you are Doogie Howser — are not far behind, trailing at a rate of 44 percent according to the Physicians Health Study. And these numbers don’t take into account those of us who are “skinny fat,” like myself. My BMI is 23.9, but it used to be lower. Since starting college, I have gained nearly 15 pounds — half of which occurred during medical school and residency. In a study of military residents, the nascent physicians gained an average of 4 pounds, and that’s despite all the pushups they were doing. Although I can readily hide my adiposity with a loosely tucked shirt, I know I am overweight for me. And I have gained more than G.I. Joe, PGY-3.

Whatever pressures that led me to gain weight probably won’t go away when I get out of residency or fellowship. And my specialty (internal medicine) is not alone. Being overweight or obese affects all specialties. According to Medscape’s Physician Lifestyle Report of 2014, general surgeons have the highest rates of being overweight or obese — approaching 50 percent. Family practitioners are a close second. Dermatologists come last overall. Even among internal medicine subspecialties, gastroenterologists are the heaviest and allergists the lightest.

Things get really interesting when we start looking at how other physicians’ own health and habits affect patient interaction. We don’t judge a book by its cover, but patients judge their physician by his or her size. In one study, patients reported more mistrust of physicians who were overweight or obese, were less inclined to follow their medical advice, and were more likely to change providers if the physicians were overweight or obese! Before judging our patients for their insensitivity, we should pause. Wouldn’t we instinctively distrust a broke financial advisor despite a litany of credentials?

As much as we would like to keep our personal and professional lives separate, they might be more intertwined than we think. Obese and overweight physicians are less likely to engage in conversations about lifestyle and are less likely to value the importance of physicians being “role models by maintaining [a] healthy weight” and by “exercising regularly.” Obese or overweight physicians may not bring up these issues because their patients, as has been shown, may not take them credibly.

Since the landmark findings were published in JAMA in 1984, we also know that physicians who live healthier lives (regardless of their BMI), counsel more frequently and more aggressively.  This has been confirmed repeatedly, and has even been shown in medical students. Exercising and eating right not only have salutatory effects for yourself but inform the lifestyle narrative you provide to your patients. Understanding how important and difficult these changes are is just as important as the counselling itself. Saying what has worked for you individually — and not as a physician — ironically establishes a closer relationship with patients and provides more meaningful advice than tactlessly saying, “You are fat!” which I have seen other physicians do when I was a medical student.

Passing judgement is taboo. We are vulnerable to same pitfalls, tastes, and blithe overeating as our patients, if not more. Doctors, like patients, make nearly 200 food decisions daily. We are part of a profession that is fraught with pizza-plated, educational lunches and chocolate mousse-musts at dinner meetings. In the September 2012 issue of JAMA, a study likened the universality of our poor dietary choices in medicine to smoking amongst physicians decades ago. The parallels to smoking continue. If you are to broach the subject of weight loss or lifestyle change, the five “A’s” — ask, advise, assess, assist, and arrange — should serve as a guide. They worked for smoking, and they can work for eating and exercising. Doctors who regularly advise patients to be healthier had increases in motivation and confidence to change.

What works for us will likely work for our patients. For me, I watch calorie contents, eat whole foods (like fruits and vegetables and not processed foods), eschew meat, exercise (nearly) everyday, and make my own meals. I don’t lie about my habits but do tell them my goals. I tell my patients to make incremental changes that are realistic for themselves and to set their own goals. And, I also try not to bring pizza to the clinic, even if it is hidden in the desk drawer. 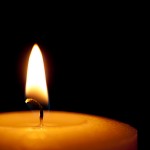 To better treat obesity, doctors need to change their own diets
73 comments