Last year, there was a rash of ill-researched articles in the press claiming a connection between the HPV vaccine and POTS (postural orthostatic hypotension syndrome) and CRPS (chronic regional pain syndrome).  Toronto Star, The Independent, Daily Mail I’m looking at you.

These articles read like propaganda for anti-HPV vaccine groups. They all followed such a similar format that I wondered if they had been sparked by press releases from anti-vaccine groups and the reporters had cribbed the layout and used the experts recommended in the release? How could so many investigative teams write almost identical pieces?

The formula was a picture of a girl, an in-depth discussion of her devastating health condition, the implication that it must be the vaccine because she fell sick some time afterwards, a diagnosis from a doctor who isn’t on record as making a connection between the vaccine and the condition or even confirming the diagnosis, mention of all the reports of injuries post HPV vaccine in surveillance reports like VAERS, incorrect and misleading information about the HPV vaccination program in Japan, and lip service about the vaccine safety from real experts.

I’ve written ad nauseam as to why these anti-HPV articles are all a grand exercise in recall bias, confirmation bias, confusing causation with correlation,  misuse of data sets, and cherry picking information (i.e., why they are all wrong). Whether these pieces were just shoddy science journalism, always intended to be shocking and not factual, or pushing another agenda is unknown.

Then there were several articles about the European Medicines Agency reviewing the data on HPV vaccine safety. Never mind that reviewing reports of potential side effects is what regulatory agencies do, there was the insinuation that there was something sinister at foot, otherwise why review?

The Pharmacovigilance Risk Assessment Committee (PVRAC) of the European Medicines Agency was indeed tasked with reviewing HPV vaccine safety. The report indicates they “reviewed the published research, data from clinical trials and reports of suspected side effects from patients and healthcare professionals, as well as data supplied by Member States.” They also consulted with experts as well as “detailed information received from a number of patient groups that also highlighted the impact these syndromes can have on patients and families.”

Basically, they turned over every stone.

The European Medicines Agency investigation concluded, the evidence does not support a causal link between the vaccines (Cervarix, Gardasil/Silgard and Gardasil-9) and development of CRPS or POTS.

The report recognizes that symptoms of CRPS and POTS often overlap with other conditions are difficult diagnoses to make. They also noted “about 150 girls and young women per million aged 10 to 19 years may develop CRPS each year, and at least 150 girls and young women per million may develop POTS each year.” Doing the math if 80 million girls and young women have been vaccinated against HPV of that group 24,000 will have developed POTS or CRPS because they were destined to get them and not because they received the HPV vaccine. The review also notes there is no evidence suggesting the rates of POTS and CRPS is higher in vaccinated versus unvaccinated girls and young women and that a large published study showed no link between the HPV vaccine and chronic fatigue syndrome (CFS) and as there is a lot of overlap between POTS and CFS this paper should have shown a signal boost. It did not.

So here we are with yet another in-depth review of the HPV vaccine and another conclusion that it is safe. Sadly it won’t stop anti-vaccine doctors from telling young women with complex conditions that it was due to the vaccine (that would stop a revenue stream), and it won’t stop conspiracy theorists, but might it possibly stop journalists and media from spreading this misinformation further?

Given the report, now several days old, has appeared in so few newspapers I’m guessing no. Which is very sad. Fear apparently sells better than facts.

At least now I have even more data to refute the next inadequately researched anti-HPV article that appears in the press. 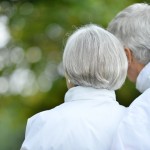 The HPV vaccine is safe. Now will that stop shoddy reporting?
3 comments