Tackling: in so many ways, it’s what football is all about.

Now, of course running, passing and scoring (and strategy) are important parts of football too. But it’s tackling that stops the opponent. Without tackling, you can’t play football.

A policy statement just released by the American Academy of Pediatrics (AAP) suggests that we need to do some thinking about tackling and its impact — literally — on youth.

Tackling or being tackled accounts for half of all football injuries among high school players, according to the AAP. The most common body parts to be hurt are the knee, ankle, hand and back. Head and neck injuries are less common — but when they happen, they can be serious, sometimes with lifelong consequences (we’ve all heard about the professional football players with brain injuries).

If we took out tackling, would football still be football? It’s a good question. As one of the co-authors of the statement, Dr. William Meehan said, “Removing tackling would dramatically reduce the risk of serious injuries to players, but it would fundamentally change the sport of football.”

It does feel a bit extreme, a bit like bubble-wrapping our children. I can almost hear the guffaws from football fans, from those who feel passionately that football is part of our American culture and that playing the sport builds strong bodies and strong characters. Yes, well, playing the sport also sends more U.S. youth to the Emergency Room than playing any other sport (as of 2012). Let’s face it, football is a dangerous sport.

That’s why the AAP thinks that there should be more no-tackling leagues so that kids could have the option of playing the sport — with all the running, passing, scoring and strategy, but without the risks of tackling.

While delaying tackling until kids are older might seem like a good idea, it’s probably not. There are good ways and bad ways to tackle (and handle being tackled), and if kids wait until they are big and strong to learn, well, it could have some not-so-great consequences.

Teaching kids how to tackle and be tackled safely is a big part of what the policy statement talks about. The youth football culture is often a bit, shall we say, aggressive — a bit more “go get ’em” than is probably best (think Friday Night Tykes). There is a certain machismo and grit to football that I get, but is it worth risking the limbs and brains of our youth?

That’s the other thing that the AAP says: we need to have zero tolerance for head-first tackling and other illegal impacts (illegal because they are dangerous) and for the coaches who let it happen (or worse, encourage it). That’s not bubble-wrapping. That’s enforcing basic safety rules, rules that are there for a remarkably good reason. 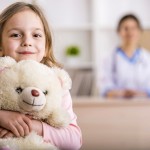