Recently, a group of researchers in the World Health Organization (WHO) released a study that caused a bit of a kerfuffle. The group, the International Agency for Research on Cancer (IARC), published a paper classifying processed meat as a carcinogen. What’s processed meat? According to the authors, it’s “meat that has been transformed through salting, curing, fermentation, smoking, or other processes to enhance flavor or improve preservation.” That includes products like hot dogs, salami, bacon, and jerky.

The headlines in the popular media are enough to make any meat lover go through all of Kubler-Ross’s stages of grief. But before we foreswear hot dogs forever, let’s understand exactly what the study found.

The first important point is to understand what the IARC does, and what it doesn’t do. The IARC is only tasked with weighing evidence about whether substances increase the risk of cancer. They found fairly strong evidence that processed meat causes cancer. So they classified processed meat as a carcinogen — in the same group as tobacco smoke, sunlight, and alcohol. All of the substances in this group have high-quality evidence suggesting that they increase the risk of certain cancers.

What the IARC doesn’t do is figure out the magnitude of that risk. Whether the cancer risk is huge or tiny is irrelevant to the IARC; they’re just trying to impartially weigh the evidence that something is carcinogenic.

The group assessed more than 800 epidemiological studies and found a strong connection between the consumption of processed meat and cancer, especially colorectal and stomach cancer.

My regular readers will know that at this point I will usually object that none of the studies were randomized. It’s true that to prove that a diagnostic test or a treatment is effective, I demand randomized evidence. But in studies of what we eat or how we live, randomization is frequently impossible. After all, the evidence that smoking causes lung cancer was all based on epidemiological (nonrandomized) studies. It’s fun to imagine randomizing thousands of people into two groups, and then insisting that one group never have processed meats, and feeding the second group a quarter pound of bacon daily. Then we would follow them for decades and count the cancer cases. That might be great science, but it would be an expensive logistical nightmare. So observational studies are as good as we’re likely to get.

So let’s figure out the magnitude of the cancer risk so we can have a sense of whether eating that next hot dog is comparable to going over Niagara Falls in a barrel, or more like walking on gravel while holding scissors.

So, like much else in life, processed meats come with a small health risk. A serving of it once or twice a week is likely to increase your risk by so little, that it doesn’t deserve your attention. If you want to do something meaningful to minimize your health risks, buckle your seatbelts, stop smoking, and have your cholesterol and blood pressure checked occasionally. 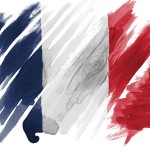 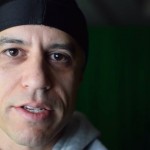