It was a little game we played.

My shoes squeaked quietly down the hallway of the nursing home as I approached her room.  I knocked gently trying to avoid any particular rhythm or dissonance.

Her voice was at once stern, and then followed by peels of laughter.  She only saved such greetings for me.  And I tried to trip her up.  I varied my visits by time and pattern.  Sometimes I knocked, and others I would call out in a distorted voice.  She always knew.

She was recovering quickly and would be discharged soon.

The rest of my visits that day were not as positive.  The gentleman next door was concerned with service issues.  He decried the quality of the food, and demanded a faster response to his call light.  I didn’t have the heart to explain that as the physician, I had little control over these issues.

The woman on the floor above was dying a slow, uncivilized death due to Alzheimer’s.  I huddled with her family, and discussed the gruesome details.  Her body was fading away much in the same way as her mind.  She lost every ounce of extra weight.  Her voice had diminished to a nonsensical whisper.  She was no longer capable of making the difficult decisions that were left to her befuddled family.  They signed the necessary paperwork with both hope and sadness.  Hope that the end would ultimately be dignified, and sadness that her time was indeed near.

Cancer is an ugly term.  But it was chemotherapy that sickened the young man at the end of the hall.  He spent a week in the nursing home between hospitalizations.  His family couldn’t manage the vomiting and intravenous fluids.  He peered through the window at the first ray of sunlight on a cold winter’s day.  He didn’t feel much like talking.

I left the facility two hours after stepping foot into the front atrium.  I felt as if I had already been working a full day.  But there was a certain lightness nonetheless.

Because just before leaving, I crept up to her door, knocked yet one more time, and waited gleefully.

I paused for a moment and then joyously replied.

I could hear her laughter echo past me and through the hallway as I exited the building. 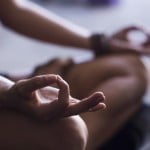 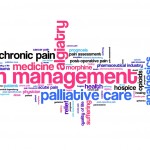 Playing a little game in the nursing home
1 comments