My 66-year-old professional athletic patient had a history of a scar tissue related small bowel obstruction seven years ago related to a previous appendectomy. He now had similar symptoms with cramping, lower abdominal pain, and some nausea.

Since his office was next door to his longtime friend and gastroenterologist, he called over there. He was given an appointment with the junior partner since his buddy was out of town. Thirty years earlier I had referred him to that practice. The junior partner examined him, thought it was a self-limited viral illness and sent him home.

The next day the two met in the emergency department for similar symptoms and once again the patient was sent home. The symptoms continued for 48 hours, and at the end of one of his long workdays he again saw the junior partner. This time, the gastroenterologist sent him over to the hospital for a CT scan at about 6 p.m.

Two hours later he received a phone call that the patient had a small bowel obstruction, and the radiologist inquired of the GI specialist: “What should I do with him?”

He was told to send him to the emergency department. When the physician in the ED called the GI doctor for admitting orders, he responded, “Call his PCP (primary care physician) I am a consultant and I do not admit patients.”

Forty-five minutes later I received a call from the emergency department informing me for the first time of my patient’s problem and asking me to come in and admit the patient to the hospital. I asked him why the GI doctor was not taking ownership of the problem. I was told that the gastroenterologist said he was a specialist and did consulting not admissions. When I called the gastroenterologist directly, I reached one of the covering partners who told me, “We are only gastroenterologists, and we have not kept up our certification in internal medicine, so we are really not qualified to admit a patient with a bowel obstruction or provide the day to day medical care.”

Another patient, 67-year-old Hispanic and female was being treated for depression. She was under the care of a psychiatrist and in the middle of a medication adjustment. Her husband brought her to me because she was hallucinating, talking to her deceased father, acting violent and sexually inappropriate. I called her psychiatrist and then her neurologist who both answered the phone call immediately and suggested we schedule a CT scan of the brain. It showed a large brain frontal lobe tumor with much swelling around it and a hint of hemorrhage.

I met with the patient and informed her of the problem and called the local university medical center to speak to the director of their brain tumor department. The university center is traditionally difficult to communicate with and receive information from. This time, the young new department chair took my phone call, reviewed the clinical scans and data sent to him by fax and said, “She seems like she needs our help. If she can come down now, I will have our team meet her and begin her evaluation.”

Later that night she clinically deteriorated. I text messaged the surgeon. He responded within minutes and said, “Send her down now; my team will meet her in the emergency department. “ I received daily clinical updates from this department chairman and prior to discharge he called me with a complete review, medication list, things to look for and emergency contact numbers if the patient had a problem.

The professionalism, thoroughness, and collegial communication was outstanding and far safer for the patient than for my local patient with a bowel obstruction. I was treated as a professional colleague asking for help with a patient rather than a generalist medical doctor expected to whatever the procedural specialist did not want to do.

I thought the gastroenterologist was both rude and dismissive of primary care physicians. I believe he abandoned his patient and created a safety issue by not calling me directly if he wanted me to assume the patient’s care. I was so upset that I brought the matter to the attention of the chairperson of the hospital department of medicine and the associate chair of our medical executive committee. Both told me that similar things had happened to them.

One told me of a nephrologist performing dialysis on a mutual patient who sent a patient unannounced to the emergency department because his vascular access was amiss and never called him about it but expected him to admit the patient and obtain appropriate specialty help to deal with the infection.

The other doctor told of a cardiology patient who saw a cardiologist in an office that was across the street from the hospital. The patient was in dire straits with florid pulmonary edema and great distress, so he sent him by ambulance to the emergency department. When he got there and the emergency department called him he said, “I don’t admit. Call his PCP for that.”

He never called the patient’s PCP either to tell him he was sending this mutual patient who was critically ill to the hospital. Both medical staff officers told me that I could not hope to change a national culture that dumps on the PCPs and the patients. They told me it was not a hospital staff problem but one I needed to solve with the individual consulting groups.

Failure to communicate and take responsibility for care you have begun especially when the problem is in your area of expertise is a safety issue. It will come back to harm a patient someday. When these same gentlemen are sitting in court testifying in that medical malpractice case, they will say the system is not fair rather than recognize that their inactions contributed to the problem.

Hospital administrators and hospital boards using physicians they now employ and a limited number of local private physicians they can control have created a culture of poor communication between caregivers at a time when the technology exists to make communication far simpler and easy. They choose physicians for committee positions that are easy to influence. Community and public input into the policies of local hospitals and health care delivery systems has been eliminated or limited so that the driving force for policy is profits whether you are dealing with a for-profit or nonprofit facility.

In this setting, the probability of errors occurring and patients’ being harmed because of lack of communication is greatly increased. There is institutional indifference to this problem and the safety organizations responsible for inspecting hospitals have not addressed it yet. 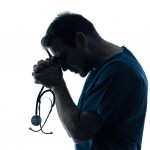 Failure to communicate is a patient safety issue
6 comments