It’s no secret that I have a special place in my electronically-regulated heart for evidence. There’s a good reason for that. Our primary job as physicians is to avoid harming our patients, but it’s followed closely by our calling to help them in some way. The problem is that, until we test our theories, we don’t really know which treatments will help our patients (or which ones might harm them), so we rely on things like randomized controlled trials or systematic reviews to guide us. In the hierarchy of medical evidence, an anecdote falls somewhere between a hunch and a rumor. Here’s mine.

Several years ago, I had a pacemaker placed because I was having frequent episodes of syncope, or passing out. These episodes were happening up to a couple times a week, and once when it happened, my heart stopped for 13 seconds. I finally quit disagreeing with my cardiologist and went ahead with the surgery. And for the last seven years — aside from a scar on my chest and a handful of funky heartbeats, I’ve not had any issues — until it needed to be replaced.

The week before my surgery was scheduled, I took the opportunity to review the evidence about the use of pacemakers for situations like mine. I’ll be honest: that’s something I hadn’t done before.  When I got my first one, I hadn’t yet started my medical training, and I had no idea how to find or interpret a medical journal article. And since then, it has taken a bit of a back seat to the knowledge that I use every day.

There were several studies in the 1990s that looked at the use of pacemakers in situations similar to mine. Some of these studies were “historically controlled,” meaning that the comparison they made was between the same patient before and after pacemaker placement. In other studies, the patients were randomized to either treatment with medication or pacemaker placement. And the results looked good. Really good. 80 to 90 percent of patients reported improvement in their symptoms — results that led to guidelines that recommended pacemakers for patients with “significantly symptomatic and recurrent neurocardiogenic syncope associated with bradycardia” (a slow heart rate). That fit my situation pretty perfectly, and as far as the heart rate…it doesn’t get much slower than stopped.

The problem with these studies was that they weren’t blinded. It didn’t take much for a patient to figure out whether he had undergone surgery, or whether there was a titanium device tucked underneath the skin on his chest. And this led some researchers to question whether these improvements were because the devices actually helped … or because the placebo effect of an invasive procedure that permanently implanted a very expensive device was strong enough to make that much of a difference. So they decided to do a better study (two of them, actually), which would implant pacemakers in all the patients and then randomly assign them to be turned on or off — without the knowledge of the patient or the physician.

In the first study, 100 patients were randomized to one of these two groups, but both groups underwent surgery, and both groups actually received pacemakers. The difference was that in half of the patients, the pacemakers were turned off–so that, while they were real devices, they shouldn’t be causing any improvement in the patients’ symptoms. And while the group with the active pacemakers did show some improvement, it wasn’t nearly as impressive as the initial studies. But the most significant result was that the placebo group did just as well.

And the second study? They had to stop recruiting patients early because the results of the first study made it unethical to continue, given the cost and risks of surgery and the lack of benefit. The researchers did complete the study with the patients the 29 patients that were already enrolled, and the results were similar: There was no significant difference between the two groups.

To be honest, reading these studies left me in a bit of a quandary. Swapping out a pacemaker isn’t a particularly risky procedure, but it isn’t entirely benign, either. It’s also painful and expensive. And to go through that to replace a device that may as well be turned off … well, that just doesn’t seem prudent. On the other hand, I was having symptoms on a weekly basis before, but haven’t had any issues since the first pacemaker was placed. Maybe I would have gotten better without it. Perhaps I’m in a small group of people that actually benefits from this procedure — a small enough group that it wasn’t picked up in these studies. Or maybe I’m just a sucker for placebo.

In the end, I went through with the surgery. And it seems to be working. But why am I writing about it? It’s certainly not to help cardiologists manage their patients. (I truly hope that if this is your line of work, you’ve read these studies yourself.) Here’s why I think this story is important:

1. Medicine is complicated. Sometimes things that seem like they would work just don’t pan out. Sometimes we learn that the way we’ve been practicing for years just wasn’t a good idea. There are plenty of situations when we don’t have enough information to guide us. And occasionally, the evidence seems to contradict our personal experience. (This is a sticky concept — and one that is often used to justify the use of implausible treatments.) But if something makes sense and seems to work while other treatments have failed, maybe it’s worth a shot.

2. We study populations, but we treat people. The goal of medical research is to determine whether an intervention is likely to help (or harm) a particular patient. But every person is different, and there’s no way to know exactly how they will respond until we try it. While basing decisions on research is crucial, we can never lose sight of the fact that we are treating people.

3. You need a doctor you can trust, even if you are one. It’s a lot harder to make rational decisions when you are personally involved. Even if you have access to medical journal articles and the training to interpret them, having a knowledgeable and trustworthy outside opinion is vital. If you don’t trust your doctor, find a new one.

The problem of expert fallacy in cancer screening guidelines 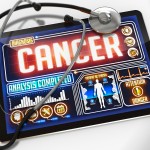 This is the way medicine should be: It Was a Good Call Day 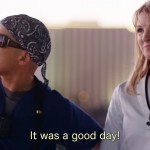