I have the privilege of being a first-year medical student. Awkwardly learning how to perform the physical exam, repeating the same questions to collect an HPI from standardized patients, unsure of how all of my mediocre skills will translate to the precision of the physicians I attempt to emulate. I have settled into the pace of lectures, and the rush of experiencing the human body has left me as I attempt to learn as much as possible for the next anatomy practical; six months in and I still have yet to figure out how I learn best.

Professors constantly remind us that we are the public health physicians of the future being molded to save the world. I have struggled with understanding how I will develop the skills necessary to right the wrongs of a world plagued by politics, a broken health care system, and people unwilling to challenge the status quo. I have always considered myself to be an advocate for others, unwilling to stand for injustice, but somehow I found myself unable to respond when I had the opportunity.

As I waited outside the children’s hospital for my mentees to finish their volunteer shift, scrolling through the news on my phone hoping time would go by faster, I noticed a disheveled man with a walker sitting on a bench nearby. Nurses, patients, security all walked by him as he begged for someone to bring him a wheelchair because “he can’t walk,” claimed that he had been “sitting outside for three days,” and then begin hurling expletives at anyone who did not respond to him.

At one point, a security officer acknowledged him as if he were going to offer assistance then walked the other way. I became nervous watching this odd social exchange and felt like an imposter in my white coat: unconfident, unsure of what I should do, and trying to blend to my surroundings. I decided to enter the children’s hospital and ask the guard at the desk if he noticed the man sitting outside. The response I received was appalling.

“He is a well-known trespasser. He has been sitting there since 3 p.m. and does this often. He has a walker, and I have seen him walk with it. He can easily get up and leave on his own. Unfortunately, we can’t make him leave. Back before there were smartphones, security used to be able to just beat them up and make sure they never came back. Now we can’t do that.”

I did not have much time to contemplate a response nor am I sure I could have crafted one on the spot that would explain to the guard how reprehensible his comment was. A woman walked in and stated that the man was harassing people as they walked by. We could all hear is voice now as we stood inside the hospital. The guard replied, “That’s exactly what I needed to hear to get his ass thrown out,” and proceeded to call a security officer.

My mentees appeared, and we talked for short period. As we said our goodbyes, I noticed a security officer talking to the man.

It was not until I started walking to my car leaving the hustle of the medical campus behind that I started to feel a growing pit in my stomach. I felt disgusting, uncomfortable, not just by what the guard said but also my inaction, how easily I froze in the perfect opportunity to stand up for someone clearly in need of help. I could blame it on my long day or my sheltered life growing up in the suburbs, but both of those excuses are inadequate and unable to ease my feeling of failure.

I wonder if he’ll remember me in my white coat, another doctor ignoring his needs, another person unable to offer him humanity. I wonder what happened to him, if he has a home or a family who could help.

I wonder if I’ll see him again and if he would accept my belated act of kindness. As a medical community serving the uninsured, underserved, and often the ignored, I feel like we have failed him. As a bystander, I share the blame and must carry the burden of indirectly doing harm for the rest of my life. I always hear people mention the moment in their lives that changed everything; I guess I found my moment and my motivation to take on the task of saving the world.

Misha Armstrong is a medical student.

Reduce antibiotic use through patient empowerment 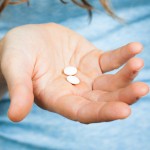 There may be no bigger mystery than chronic pain