Throughout the year 2015, a national campaign called Health is Primary has held seminars with primary care doctors around the country. The point was to remind Americans of a basic truth about health care: Primary care physicians are the lynchpin of any health care system.  In every country, more emphasis on primary care leads to better health outcomes at lower cost.

I got to be the moderator for these panel discussions.  In our seminars, we heard from city docs and country docs, from freshly minted physicians just out of school and long-timers who started out when Medicare was still a controversial new idea. Our speakers included physicians who treat children still shy of their first birthday — and hospice doctors whose patients are 90 years further along the path of life. We heard from family doctors, pediatricians, and general internists — the physicians who constitute the first line of defense against illness.
But for all this diversity of geography, experience, and practice, we heard a common theme repeated around the country. Over and over, primary care doctors told us:  “I love my job.”

As the moderator, I was surprised to hear it.

It is conventional wisdom in health policy circles that primary care gets far too little respect in the American health care system. Although the friendly, familiar family doctor or pediatrician is a central element of American medicine, the high-powered specialists always seem to garner the most prestige (and the highest incomes). Frankly, we heard some comments along those lines in our sessions. Overall, though, I came away with a strong sense that America’s primary care doctors are proud of their essential role in maintaining the nation’s health — and happy in their work.

A key reason, these physicians told us, is that the primary care doctor develops a long-term personal partnership with the patient that most specialists can only dream of.  In primary care, the physician is not treating just a fractured bone or a diseased organ. Rather, she treats the whole person; she has overall responsibility for the physical and emotional well-being of a human being, often a friend whom the doctor has known for years. The primary care doctor’s office served as a “patient-centered medical home” long before that concept caught on with the policy makers.

That characteristic primary care relationship leads to health care based on collaboration between doctor and patient. In our panels, doctors kept saying that they worked with the patient — not on the patient — to maintain health and to treat illness. As one physician put it, “Patient engagement is a wonder drug.”

Dr. Thomas White, a family physician in Cherryville, NC, told us that he had learned a key lesson in health care from his patients in the local fire department. The firefighters told their doctor about a standard rule of their trade: “two in, two out.”  That is, a firefighter should never enter a burning building alone. Rather, there should always be at least two working together, so that one can help if the other is hurt.   “And I came to realize,” Dr. White explained, “that two in, two out is the correct recipe for health care as well.  The doctor and the patient need to work together.”

This unique partnership helps explain why primary care is the secret ingredient of a cost-effective health care system.  By keeping tabs on his patient, by spotting potential problems early, by intervening before a patient requires costly diagnostic testing or hospitalization, the primary care physician enhances overall health and saves significant sums for the payer, whether it is a patient, an employer, or an insurer.

All over the world, health care economists and health officials recognize this value proposition. When I was studying the health care systems in the world’s other rich democracies, national health ministers repeatedly told me that they preferred to have about two primary care doctors for every one specialist. Most of the other developed countries have maintained roughly this ratio. The United States, of course, has it backward; only about one-third of American physicians are specializing in primary care. That’s a major reason why our country pays far more for health care than other developed countries, but gets far less in return.

But there are grounds for hope. More and more, health policy experts, patients, and those who pay the bills are coming to realize that an emphasis on primary care is an essential requirement for better health outcomes at lower cost. The Health is Primary seminars around the country (which will continue for the next two years) are helping to emphasize a key point: Primary care doctors love their work; it’s time for America to love them back.

T. R. Reid is a documentary film correspondent.  This article originally appeared in the Daily Kos.

What health care can learn from forest preservation 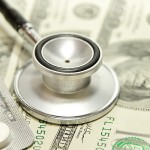 Primary care doctors love their work. It’s time for America to love them back.
63 comments