After having an echocardiogram recently, I saw a cardiologist, which seemed the prudent thing to do.  I was not symptomatic, and I think the echo was pretty much unremarkable — to use a bit of doctor’s lingo.  I saw the word “mild” here and there in the report describing processes of my heart’s functions.  When you’re over seventy-three, “mild” sounds pretty all right.  Better than the word “acute,” I figure.  I decided, nevertheless, to see a cardiologist for a further explanation, as a lot of the pictures and diagrams were meaningless to me.  Whom to see became my next hurdle.  So I asked the echo tech whom she thought was good.  She was a part of a large cardiology practice, with at least fifteen doctors.

“They’re all excellent,” was her safe answer.  Her surname, by the way, was the same as my ex-wife, who is a nurse practitioner.  I pushed a little harder, and the woman hinted that the man who established the practice might be a good pick for me.  So I made an appointment.

My ex-wife Mary also thought my choice a good one.  She is a nurse of long duration, in recent years a NP.  She first trained as a nurse in the Bronx in a diploma program at a Catholic hospital.  I believe her training was quite rigorous.

It took about a month to get in to see this fellow, a good sign, I thought.  Mary sometimes said, in our marital years, if it is too easy to see a doctor, it may indicate he is not busy, and for a reason, and that perhaps he is not so great.  I remember other remarks, ones like, “Go to a surgeon and you will get surgery.”  That sounds pretty obvious when you think about it.

So appointment day was soon at hand.  Sitting in the waiting room, the space looked small.  Not true, however.  Once inside, you’re met with a labyrinth of corridors and small offices, labs and machines, and what-have-you.  I was led to one such space, carrying along with me a sheath of old EKGs I uncovered.  Reports of doctor visits over a lifetime and more than I expect the doctor I was soon to meet wished to review.  One went back to 1975 from a Massachusetts doctor.  I lived there for awhile — I am originally from Massachusetts, by the way.

The nursing assistant who took me back to my examining room was pleasant.  A small, rather thin, dark-haired woman, in her forties.

“Take off your shirt, please,” she said and then took my blood pressure in both arms.  It was elevated.  My arm extended straight out and held firm and in place under her armpit.  I was sitting on the exam table, feet dangling, of course.  When is it otherwise?

I can be nosy, so I asked her if she likes her job and how long she has been at it.  “Seventeen years,” she replied, all of them with this one practice.  She professed to like it, of course.  Next, she quickly attached leads for an EKG test, and when this was complete, she was gone.

A few minutes later the doctor appeared, a man in his mid-fifties, perhaps.  Not a large man, a bit athletic-looking, with a good head of short gray hair.  He informed me that my EKGs have not changed over the years.  I guess that is good — he didn’t say.  I believe he said I could have a little calcification here and there, but probably no blockages, nothing awfully remarkable, to my untrained ears.

Then he says the echo shows some thickening of my heart walls, and this is usually indicative of high blood pressure.  I had already told him I regularly take my own blood pressure, and it is usually normal.  He approved of the two meds I take, lisinopril and metoprolol, and not taken in large doses.  He suggests I buy a more reliable blood pressure monitor, which I do later, for $95, one that goes on my upper arm.  I had been using a wrist model.  He wants me to take my own blood pressure with the new device and report back to him with the findings in two weeks.  He tells me he believes my blood pressure is regularly too high and suggests further that we may need to double the blood pressure dosage I am currently taking.  I tell him I worry a bit about such a high dosage because, as it is now, sometimes in the evening, my pulse seems to be very slow.

“It is eighty now,” he says.  I got the feeling he didn’t believe what I had just told him.  I could not imagine why.

Because I am who I am, I suppose, I pull out my New York Times blood pressure article, which, by the way, is quite short, three or four hundred words maybe.  I hand him my copy and say how I noticed his assistant seemed to be doing it wrong, too.  I don’t think he wished to hear this comment.  He glances at the paper and puts it aside.  He doesn’t read a line, and when he leaves a few minutes later, he does not take the article with him.  When I leave somewhat later, I leave the copy.

The article is mostly a report of long-term studies, several concerning correct blood pressure monitoring.  Of course, I knew I was being blown off, like a bit of breadcrumbs from his lunch.

I didn’t get to ask a question I would have asked had I been allowed more than ten minutes.  My question was this:  Was the heart muscle thickening he reported a cumulative thing, or would it show immediately on the echo if my blood pressure was elevated at the time of the test?  I admit I was a bit nervous during the procedure, which, of course, is totally non-invasive. Still, I was apprehensive. No time for such queries, though — my time was up.

As he left, he suggested on my way out I schedule a stress test to complement my echocardiogram.

Oh yes, I should say he had me lie down briefly, and he listened to my heart, felt my neck pulse and groin, and ankles as well.  That was it.

I appreciate what I learned from this fellow, especially about buying a new blood pressure monitor and obtaining the best possible readings.  I have fairly good insurance, better than most folks, so I think he will get reasonably well compensated for his services.  I hope so.

Will I make a return appointment with him?  I don’t know yet.  I keep in mind what my ex says (or hints at), that the better docs are more difficult to get into to see since they are sought after because they are believed to be good, and consequently, busier.

But what if a doctor is the boss-man in his practice and maybe is less needy money-wise?  What if he is away playing golf a lot?  How would I know this beforehand?  How would any of us?

And finally this thought.  I went to an esteemed cardiologist, not a foot doctor.  He and his associates should have by my reckoning written the book on how to take one’s blood pressure correctly.  The truth is, they have not.  Appears as well, they don’t give a damn.  So why should I?

An additional thought.  If I had all this to do over, selecting a heart specialist I mean, I believe I would have asked the tech I spoke to earlier, the one with the same surname as my ex-wife, to give me the name of the most recent hire and preferably a woman. I have come to believe women are overall more careful, better with details surely, perhaps even more caring, and a new doctor in the practice just might be less busy. That could mean of course she would have more time for me.

Open your eyes. Look at each other. And make the connection. 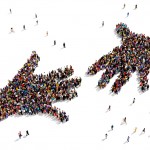 Choosing the right cardiologist takes longer than you think
11 comments