For the most part, I’ve adjusted to my new life but, occasionally, I still catch myself engaged in distorted thinking about the past. I’ve taken to calling it “Good Old Days Syndrome.”

When it attacks, I put my pre-illness life on a pedestal. My thinking runs along these lines: “Before I got sick, everything was perfect: working at the law school was always a pleasure; my family life was ideal; I was free to go wherever I wanted, whenever I wanted.”

True, true, and true? Not exactly. Being a law professor was not always enjoyable. Workloads could be demanding; reading exams and papers could be sheer drudgery. And although I enjoyed most of the students, occasionally one could make my life difficult. When I was the dean of students, one troubled student was the stuff of nightmares; for a brief time, I had to be given police protection.

My family life was definitely good, but it could be stressful at times. We had our share of conflicts and disagreements, some of them temporary, others ongoing.

And do I really believe that I could go anywhere I wanted to go at will?

No, life wasn’t perfect before I got sick. It had its share of easy times and hard times, of getting my way and not getting my way. When I find myself idealizing that “old” life by convincing myself that I was always happy, I try to remember that this is a distorted view of the past that invariably leaves me feeling bad about the present.

We also tend to reminisce about other eras as if they were the Good Old Days. In his NBC newscast of April 8, 2013, Brian Williams began his report on the death of Annette Funicello by wistfully referring to the 1950s as “a sweeter era, one of genuine innocence.” I don’t think so. Not only was that the era of Red baiting, but in those “sweet and innocent” 1950s, in many places in the US, it would have been a crime for my two children to marry the people they fell in love with — simply because those two people happen to be of different races than my children.

My Good Old Days era is the ‘60s. Ah, those were the days: rock and roll, flower power, love love love. And yet those were also the days of the civil rights struggle and its associated atrocities. I once saw a documentary about Birmingham, Alabama, in 1963; police used hoses and police dogs to stop children from peacefully marching to protest segregation. (The children had to march by themselves because their parents had been told they’d lose their jobs if they participated even during off-work hours.) The footage in the story showed children being bitten by police dogs and knocked to the ground by high-powered hoses.

And then there were earlier eras when people died of diseases that we’re now protected against by popping a pill or getting a vaccination. A family friend who grew up in the 1930s once told me that at the first sign of sniffles in the winter, her parents wouldn’t let her play outside until spring. They didn’t want to take a chance that the sniffles would turn into bronchitis or some other kind of bacterial infection, for which, today, we’d just take an antibiotic.

Try this test. The following passage was written by a well-known author. Take a guess at when she wrote it:

We are so overwhelmed with things these days that our lives are all, more or less, cluttered … Everyone is hurrying and usually just a little late. Notice the faces of the people who rush past on the streets… They nearly all have a strained, harassed look, and anyone you meet will tell you there is no time for anything anymore.

What’s your guess? 2015? 1990? Whenever you were growing up? Does it have you waxing nostalgic about the Good Old Days when life was slower-paced and much more quiet?

Test over: It was written in 1924 by Laura Ingalls Wilder — while living on a farm in rural Missouri!

Here’s an account of a recent attack of Good Old Days Syndrome. My husband was out of town, so I had to go to the pharmacy on my own to refill a prescription. I ran into a friend whom I hadn’t seen for about ten years. We embraced and found a place to sit and then chatted for about fifteen minutes, catching up on news about our families and our mutual friends.

After we parted, I was overcome with sadness and fell into a funk over this lost friendship, which I was suddenly cherishing deeply. As I do when I recognize that I’m dissatisfied and unhappy, I looked for the source of my misery in some kind of frustrated desire. I traced the feeling until I found that place where I wasn’t getting what I wanted. And there it was: I wanted this friendship to be as wonderful as it once had been.

Then it dawned on me; this friendship had never been the way I was fantasizing it to have been in the Good Old Days. She and I were never truly close. We mostly saw each other because we had a few friends in common. We liked each other well enough, but neither of us was motivated to build a close relationship. And yet there I was, mocking up a distorted memory of the Good Old Days — and then feeling miserable about it.

As soon as I became aware of this distorted thinking, my funk lifted. Yes, I was still a bit blue, but it was a sadness that periodically arises over my isolation and lack of contact with the many people I used to hang out with. I know this sadness well; it comes and goes. I can ease its pain by being extra kind to myself. This “comes and goes” sadness is an entirely different feeling from the miserable mood I’d fallen into from having romanticized a Good Old Days relationship with this woman, when that relationship had, in fact, never existed.

So be on alert for Good Old Days Syndrome and remember that life has its ups and downs, its joys and sorrows, its justices and injustices, in every era and in every decade. 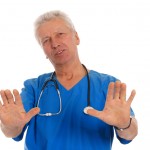