I am superstitious, and I freely admit it. I don’t use the word “cure” with patients until the 5-year scan has come and gone cleanly. I don’t celebrate the scans showing tumor response until I see them myself and make sure I am not mixing up the new scan with the old. And one of my most closely held superstitions is that the nicest patients seem to have the worst luck. We used to note morbidly in fellowship that sweet dispositions were a poor prognostic sign, as if our patients’ bad outcomes were punishments to us for coming to care about them. Nonsense of course, and yet absolutely true. Wait, what’s recall bias?

I was reading the recent post by ASCO President Julie Vose titled “Why is getting a patient on a clinical trial so difficult?” Dr. Vose’s post made me think of a patient of mine who seemed to have the just opposite problem: She could get onto any trial I suggested, but couldn’t seem to buy a break.

Mrs. K is a wonderful 65-year-old woman who just makes you smile when you see her. She is sunny and optimistic, with a quiet and supportive spouse who complements her well. She came to me in 2013 with metastatic non-small cell lung cancer, and together we decided to enroll her on a clinical trial we had open at the time. She agreed in the spirit that it might help someone else even if she didn’t get any benefit. She was randomly assigned to chemotherapy plus drug or placebo; we never knew which, and initially it worked but before long her cancer was advancing again. That trial was eventually reported to be completely negative for any benefit from the experimental drug.

We had a second-line trial open as well, and again we discussed the options and she decided to enroll. This one was randomized but not blinded, and she was assigned to chemotherapy alone. She took this disappointment in stride, but, unfortunately, her cancer took it in stride as well and progressed despite the chemotherapy.

Still, she felt good and wanted to do something more, so I offered her a third clinical trial. This one was a harder sell, because it required a new biopsy, and she could only go on the trial if a potential biomarker was positive on the biopsy. We discussed the pros and cons, and I informed her that the results with this drug had been quite good in the biomarker-positive tumors, and anyway the odds were about 50-50 so maybe she would get lucky this time. She smiled, agreed, and you can guess the rest. The biopsy was negative, and she was not eligible for the trial.

It was hard to escape the feeling that luck simply wasn’t with her, but we had just gotten an open slot on a trial of a similar drug that did not require a biomarker test. She was having chest pain at that point and losing some weight, but it hadn’t dulled her smile in the least. “Whatever you suggest, Doctor. I trust you.” I could feel an almost palpable sense of doom.

We started her on the trial, and her first set of restaging scans looked worse, which I had come to expect by this time. However, when I saw her to discuss them, her symptoms had actually started to improve. Her pain was almost gone, which didn’t make much sense, but this new drug belongs to a class of drugs that can have delayed responses, so we decided to continue it anyway. I also didn’t have a better suggestion to try.

When I saw her next, she looked fantastic, with no pain and back to her baseline weight. I remember she even complimented me on my Van Gogh tie. When I opened her scans, I double-checked to make sure I had them in the right order, but there was no mistaking what I saw. Or rather didn’t see. She had had a complete response, to which I can only attribute a secretive, nasty streak that she hides from all of us in clinic. I am on to you, Mrs. K. Your delicious Christmas cookies can’t fool me!

On a recent visit over a year later, feeling well and still without any sign of cancer, she told me she knew all along we would find something that would work. She had faith that things would come out OK, and gently chided me for continuing to hedge about the future. I am happy to admit I was wrong, that my superstition about her bad luck was completely ridiculous, and that I have learned a valuable lesson. And if I just happened to be wearing Starry Night on my tie again, I’m sure it was just a coincidence.

The unsettling incongruity of a medical student's "lucky" day

An episode of low-value care delivered to my father 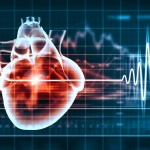