“I’m just the night doc,” you said. You said it with emphasis as if that explained everything and dismissed your incompetence, your lack of compassion, your failure to care. Unfortunately my sister was “just the patient,” who lay suffering hours before her death and the RN was “just the nurse” withholding the morphine that the daytime doctor had ordered for air hunger and agitation. The nurse called you in to manage me when I asked her to give my sister a touch of morphine; she was crying out in pain from her hypoxia.

A civilized, yet ridiculous argument ensued about the dangers of respiratory depression in a patient who was clearly dying. You and I, physicians and colleagues, were arguing over 2 mg of morphine when you said, “I’m just the night doc.” I’m still shaking my head over the absurdity. Instead of assessing the situation you felt the need to pass the buck until morning. Does no one die on your watch? You were so busy, not being a physician, that you must have missed the oxygen saturation in the 70s and the flipped T waves predicting my sister’s imminent demise.

The life and death stakes were not high, the end result would have been the same. We both knew that, so why did you feel the need to distance yourself from your decision to withhold medication with a just statement? “I’m just” means that you are under no obligation to act. You were telling me in essence that you were a just an overnight placeholder in the ICU. When we are just doctors we are not our best selves.

A more honest, although equally lame statement would have been, “It’s not my job.” However, that declaration begs the questions as to whose job is it to orchestrate patient care after dark? Having been a doctor for three decades, I can’t remember a time when my obligation to care for patients stopped at dusk. That implies that patients can only expect our best selves in the daylight hours. Did I miss the memo, has medicine gone so far away from patient care that this shift work mentality is the norm or were you “just an ass”? What if you’re only a Wednesday doctor, but you’re working on Friday, will you wait until Wednesday to treat? The absurdity boggles my mind.

I don’t blame you for my sister’s death, everyone knew she was dying. She had asked for resuscitation measures to be stopped. However, in saying I don’t want extraordinary measures she never said, “I welcome a painful, oxygen starved, horrible death.” I had promised to be there with her, and I had explained the likely outcome. She trusted me to watch over her as a sister, not as a physician and I couldn’t do it. My real anger is directed inward, and I can’t forgive myself for leaving the hospital. I let you drive me away in the last few hours of my sister’s life, because I was angry and powerless. I couldn’t “just be a sister.”

Every one of us as health care professionals that night had a duty to care and we all failed due to our individual arrogance. I used your lack of compassion as my excuse to avoid facing the last three hours of her life.

We wear many hats as physicians but can we ever just be family members? The family relies on us, to translate complex medical speak, to help them understand the big picture and to act as liaisons with other healthcare providers. We usually do this willingly and in my experience, it unfortunately also allows us to keep our distance from our own very painful human experiences. I know that I am much stronger in a medical crisis when I am in “doctor mode.” You, the night doc and the night nurse wouldn’t let me be a doctor that night, thus the power struggle at the bedside. I would love to give you credit for urging me be the sister instead of the doctor, a much healthier way to grieve, but that wasn’t your intent. You made it clear that there would be no team decisions despite the fact that I had been there all night, knew my sister’s wishes intimately and had watched her oxygen saturation plummet and the T waves dip.

If I hadn’t been a doc, would you have been more compassionate towards my family? Were you practicing defensive medicine because I was there? Who better to understand compassionate palliative medicine than me, your senior colleague?

As we kept our distance from death, by arguing a moot point, my middle sister ignored us and kept her promise to my dying sister. She prayed, “Hail Mary, full of grace” softly in my sister’s ear, a comfort to both of these women of faith. She did not distance herself; she immersed herself in the process of helping another die. If we had set our collective arrogance aside perhaps we could have acted as a team and stayed in the moment with a suffering fellow human being. Patients are never just patients; my sister was a vibrant and brave mother, sister, wife, and friend. All of us failed to recognize what a profound privilege it would have been to assist another to die with dignity and grace. None of us were there three hours later when my sister passed away with a team that included a kind nurse, a compassion physician, and my sister with faith. I can’t forgive either of us for being “just doctors,” there’s no dignity in that.

Tracey Delaplain is an obstetrician-gynecologist who blogs at What’s for dinner, Doc? 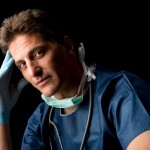 The FDA approved Addyi. But was there a hidden agenda? 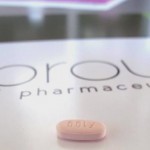 When doctors pass the buck: The ugly side of a shift-work mentality
26 comments