How special is it that, as medical students, we are involved intimately in the lives of strangers? We get to be eyewitnesses to their most vulnerable moments, both celebrating the joy of new life and mourning the loss of loved ones. Students on their OB/GYN rotation triumphantly update their Facebook statuses with their first delivery of a baby, a new soul who will grow up not knowing how special they are to a stranger, a student who will never forget the moment of participating in their entry into the world.

Then at the other end of the dash of life is the first patient death, just as memorable, if not more so. On my internal medicine rotation, I found out one of my patients passed away. Although I was not there at the time, I felt an emptiness from knowing that a patient I became familiar with and checked on each day is now gone from the world.

I saw Mrs. X the day she was admitted to the hospital. I attempted to do a complete history and physical with Mrs. X, who was disoriented and frail, so thin and sickly for a woman who appeared to be at least 70 but in reality was about 20 years younger. She had a long-standing history of uncontrolled diabetes and hypertension leaving her blind and with a below knee amputation.

My resident was familiar with her — she had multiple recent admissions for compassionate hemodialysis. “Compassionate” in this case is kind of a misnomer, since it meant emergent dialysis for those patients who come to the emergency room very ill; patients who don’t qualify for scheduled dialysis. Mrs. X was undocumented, thus in Texas she could not receive regularly scheduled dialysis. She couldn’t stay out of the hospital for long before she became symptomatic again and her husband would need to bring her back. This time she also had abdominal pain and appeared in worse shape than usual.

Since she was admitted to the hospital, Mrs. X had not showed any signs of improvement. She slept most of the day, unable to move much on her own: a miserable existence. She usually was not very responsive to my efforts to converse with her, but when she did speak, she was my politest patient. “Gracias senorita,” she would say to me after I asked her how she was doing in broken Spanish each day. She squeezed my hand, her wrist so small and so cold.

We were evaluating and empirically treating her for an unknown infection or some other cause of an inflammatory response. Her prognosis was grave, and we discussed as a team introducing the idea of palliative comfort care to her family since she did not seem to have much potential for improvement. While I was on night call, my resident and I went to talk to her husband and other family members visiting to discuss goals of care moving forward. Her husband was still in his work uniform, a man with kind, tired eyes who spoke little English. My resident explained that we wanted to know what she wanted for herself, and her husband explained that her previously stated wishes were to live with continued medical treatment.

One time Mrs. X made me laugh. When surgery was consulted to see her, her chief complaint was “I want cookies.” I thought she couldn’t even speak any English! The next morning when our team was rounding on her, she told our attending, “pancakes, pancakes!” “She said she wants pancakes!” my attending said. “Let’s make sure she gets her breakfast!”

Mrs. X was younger than my mother. She had children only a few years younger than I was. I never had the opportunity to meet them, but knowing they exist adds to my heartache for this woman. How did she end up so debilitated at an early age from two common chronic illnesses, hypertension and diabetes? Could her life have been dramatically different as a U.S. citizen with greater access to healthcare resources such as medications and regular checkups? When her kidneys failed her, could regular dialysis have prolonged her life? Did our medical care at the end of her life increase her pain while being ultimately futile? At any point an intervention could have prevented further deterioration of her condition.

I learned some valuable lessons from the days of her life she shared with me, but I was left with a haunting question more than anything else: Is compassionate care truly compassionate?

Enstin Ye is a medical student. 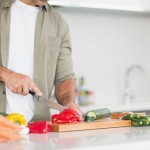 The failed primary care-hospitalist exchange: Who's to blame? 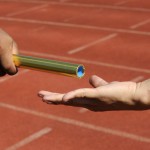