Doctors do not know everything. We make mistakes and mistakes in judgment. Sometimes we make the mistake of speaking when we should keep silent. At times, patients ask us questions that we can’t or shouldn’t answer; and yet we do. It shouldn’t be our objective to force certainly into an issue that is amorphous and murky.

Here’s a response that I recommend in situations where certainty is elusive.

I saw a patient for the first time when he was sent to me for a colonoscopy. Prior to the procedure, we interviewed him to be acquainted with his medical history. We are always particularly interested in the cardiac and pulmonary history, as these conditions impact on the risk of the procedures and the anesthesia. This patient had a lung resection. He related the details that left my staff and me aghast.

“The doctors told me that I had cancer and would be dead in 3 months.”

Of course, it is not possible for a spectator to imagine the horror of this pronouncement. To know the date of your upcoming demise, a fate that is only known to those on death row, is cruel torture. In this case, the doctors were wrong on two counts. This man wasn’t going to die. And, he didn’t have cancer.

What a horrible error that didn’t need to happen. While I didn’t have the medical details, here’s what I think happened. He had a CT scan of the chest because he was having respiratory symptoms. A mass was found. The physicians then followed up with a PET scan, which is a special radiographic test used to determine if a mass is cancerous. While this result isn’t as definitive as a biopsy, a positive result usually portends unfavorable news. Oncologists use PET scans routinely. My guess is that this patient’s PET scan result was on fire, and the patient was told that his days were numbered. Surgery was scheduled. When the final pathology of the resected lung specimen was issued, not a cancer cell was in site. This patient had a fungal infection and completely recovered.

This was a colossal error, even though the outcome was a blessing. If a patient is wrongly told that his condition is benign, and he has cancer, then the same error assumes a very tragic proportion. My patient lived to relate his saga to the world.

Could he have successfully sued his treating physicians? I think he had a reasonable case for pain and suffering damages, including perhaps, unnecessary surgery. No case was ever filed. I would hope that an unexpected gift of life would render a lawsuit to be a trivial pursuit, even if the case had legal merit. He feels perfectly well now. The damages diminished and faded while his life endured.

I recognize that others may have a different view of what transpired here. They may focus on what was taken from him and that he deserves to be made whole. They may not feel that he has been given life, as his life was never truly in jeopardy.

I’ve done about 25,000 colonoscopies, and I’ve confronted scores of colon cancer. I know it when I see it. When I see a lesion that concerns me, I share this concern with the patient and his family after the procedure. But, I still wait for my biopsy specimen results before issuing an authoritative declaration. Shouldn’t I wait until I have 100 percent of the data before speaking with 100 percent certainty?

Medicine can still be noble. If we fight for it. 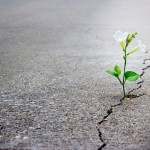 Why we are #ProudtobeGIM: A general internal medicine top 10 list 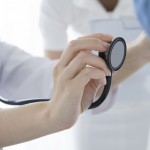 What to say when medical certainty is elusive
9 comments