Karen Vogt’s breast cancer journey began like many others, with her breasts painfully squeezed into a mammography machine. At age 52, it was far from her first mammogram, but this scan would be the most consequential by far. It revealed microcalcifications, little areas of breast tissue speckled with deposits of calcium that her radiologist worried were suspicious for a nascent cancer, especially since these specks hadn’t been so conspicuous twelve months earlier. A biopsy proved that the radiologist’s suspicions were warranted. Vogt had a small cancer in her left breast, a ductal carcinoma in situ, as her doctors called it. Stage 0 cancer. What should she do?

Recently, medical researchers published a study showing that when women are diagnosed with stage 0 breast cancer, no matter what treatment they receive, their life expectancy is equivalent to women who were never diagnosed with breast cancer. This finding further fuels debates about whether we are screening for and/or treating breast cancer too aggressively. Last year, in fact, a studycame out suggesting that even in women 50 years of age and older, annual mammographies are not the life-savers that they were made out to be by medical experts. According to these studies, for every woman like Vogt with a cancer detected by mammography, hundreds more will go through the painful test without any cancer being detected and dozens will experience the harms of “false-positive” test results, a term medical experts use to refer to abnormal findings which do not turn out to be a cancer. And just this week, a study was published showing that stage 0 breast cancers are better off untreated

Yet despite increasing evidence of the significant harms of mammography, compared to its relatively modest benefits, many American women dutifully continue to receive annual tests. Why do they remain enthusiastic about mammography? In large part because many women who were harmed by mammography believe the opposite. By identifying non-invasive lesions, like the DCIS discovered in Karen Vogt, mammography has created a community of women incorrectly convinced that the test saved their lives.

Has overuse of mammography created a false epidemic of breast cancer “survivorship”?

Karen Vogt has been receiving annual mammographies since she was 25 years old, when a physician discovered a worrisome mass in one of her breasts. (Note: I am using a pseudonym to protect her identity.) The mass turned out not to be cancerous, but with a strong family history of breast cancer (her mother and both grandmothers received this diagnosis) and with breasts her doctors described as “fibrocystic” (meaning they have denser, lumpier tissue than the average woman’s breasts), Vogt was followed closely. “I got mammograms at least every year,” she told me, “sometimes every six months, if the previous scan was concerning.” But none of those 30-plus scans were as concerning as the one in 2012. “My doctor didn’t want to wait six months to see what it would look like then, so we arranged for a wire biopsy.” The area of Vogt’s microcalcifications was deep down, near her breast bone, so the surgeon could not rely on his hands alone — on palpating the mass — to locate it for a biopsy. Therefore, a radiologist numbed her breast with a local anesthetic and placed a wire near the abnormal tissue (with the guidance of radiological imaging), so the surgeon would know where to obtain the biopsy.

The wire placement was supposed to be a relatively painless 30-minute procedure. It ended up taking 2 ½ hours. “They numbed the wrong part of my breast, so I lay on the table screaming in pain while they tried to place the wire. The whole process was medieval.”

Vogt’s biopsy experience was atypical in its barbarity, but nevertheless stands as a reminder of the harms of diagnostic testing. When mammography skeptics decry the harms of false positive tests, they aren’t simply bemoaning the imprecision and inefficiency of mammography. They are warning us of the human harms of these false alarms — the hours and days women live in a state of panic, convinced they have received a life-threatening diagnosis; the sometimes even medieval pain and discomfort they experience as a result of follow-up tests.

In Vogt’s case, of course, the biopsy did reveal cancer. Specifically, it revealed a one centimeter DCIS in one of her mammary ducts, the glands that secrete breast milk. DCIS is a controversial lesion. Some physicians believe it is a worrisome diagnosis, warranting aggressive treatment, with some combination of surgery, radiation and chemotherapy. Others consider it to be an indolent abnormality, more likely to remain quiescent than to wreak havoc, a lesion better observed than treated. In fact, Dr. Laura Esserman, director of the breast cancer center at UCSF, thinks a word like “lesion” is more appropriate than the current terminology: “Ductal carcinoma in situ is not cancer, so why are we calling it cancer?” she told the New York Times. Esserman was even part of a team of researchers that asked women how comfortable they would be holding off on treatment if they received this diagnosis, a strategy called active surveillance that many physicians advocate. She discovered that interest in active surveillance increased dramatically when the name ductal carcinoma in situ was replaced by either the word lesion or the phrase “abnormal cells.”

In part because the name DCIS connotes a cancer diagnosis, the majority of women receiving this diagnosis choose aggressive treatments. Vogt was in this majority.

Her surgeon urged her to treat the tumor aggressively. “She told me she had gotten the cancer out with the wire-guided biopsy, but that the margins weren’t clear,” Vogt explained, meaning the edge of the biopsy did not have enough cancer-free tissue for the surgeon’s comfort. “So she said I needed either a mastectomy [removal of the entire breast] or a lumpectomy.” With the lumpectomy, Vogt would also need to undergo six weeks of radiation treatment.

Vogt chose to undergo a lumpectomy followed by radiation. She suffered from the treatments. For starters, the pain from surgery wasn’t as fleeting as she had anticipated. “I had a hell of a time lifting my arm over my head for quite a while.” To make matters worse, “the radiation left me exhausted, and made my skin feel like it had a second degree burn.” Her normal two-hours-a-day of exercise was on hold. She barely had enough energy to run the daycare business she had started before her diagnosis.

With her cancer now removed, Vogt met with a medical oncologist to discuss her chemotherapy. Vogt’s cancer wasn’t serious enough to warrant all-out, hair-losing treatment. “My doctor told me I had a ‘boring cancer’ which was her way of saying my illness wasn’t serious.” Boring or not, the oncologist didn’t want the cancer to come back, so she urged Vogt to take tamoxifen, a pill that mimics estrogen in some parts of the body while blocking estrogen’s effects in other parts, most notably in breast cancer cells which often thrive on estrogen to grow. “Tamoxifen was awful for me. Awful. I had terrible night sweats and hot flashes: It was menopause all over again, but somehow worse. Oh yes and diarrhea, too.” To combat the side-effects of tamoxifen, Vogt received several other medications, but each of them had side-effects of their own. “Gabapentin made me depressed. Practically suicidal.” After a year, Vogt stopped taking tamoxifen, and finally felt like herself again.

All in all, Vogt went through substantial misery ridding herself of what was most likely a passive collection of pre-cancerous cells. Her story would seem to be just the kind of tale that would convince mammography advocates to temper their enthusiasm for testing. In fact, almost 60,000 women are diagnosed with DCIS in the U.S. each year. Although not all will experience side effects as extreme as Vogt’s, some will have even worse treatment experiences. With so many women suffering for so little benefit, why has there been so little backlash?

It comes down to the psychology of pseudo-survivorship.

If you, like Vogt, had gone through surgery, radiation, and a second round of menopausal symptoms, would you want to find out that this suffering is for naught? When people experience adverse circumstances, especially ones arguably of their own choosing, they are driven, through a process psychologists call cognitive dissonance reduction, to justify those experiences. Think: fraternity hazing.

To that cognitive dissonance add the self-identity shift that comes with diagnosis. Karen Vogt is now a breast cancer survivor. “I don’t think about cancer every day, and being a survivor isn’t my main identity. But I do wear pink every October, and I did meet a lot of great people because of my cancer, through breast cancer online groups and through word-of-mouth. You find someone else had breast cancer and the shared experience is a quick route to friendship.”

The survivorship community strongly advocates for aggressive breast cancer screening, a somewhat ironic situation given that many experts consider aggressive screening programs to have artificially expanded the number of women now identifying themselves as survivors.

It is almost impossible for data from all these experts to compete with the compelling stories from all the women convinced they have benefitted from mammography. That is why Karen Vogt’s story is important. It reveals the human cost of breast cancer screening, the burdens of treatment, the occasionally medieval nature of medical procedures. Her story also shows the impossibility of ever knowing whether the benefits of screening make up for these burdens. “I would never want my story to keep anyone from getting screening or treatment,” Vogt told me.

Every October, tens of thousands of breast cancer survivors will join the general public in donning pink, to remind people of the awful toll this illness takes on people both young and old. Thanks to aggressive screening, some survivors are now alive who would have otherwise succumbed to cancer. (Full disclosure: My wife is a breast cancer survivor, although her cancer was discovered by her primary care doctor, not by mammography, and was invasive unlike DCIS.) But many, many more women in the survivorship community live in fear of a recurrence, while experiencing side effects from treatments they may not have needed. Like Vogt, they believe mammography (and subsequent medical interventions) saved their lives, even though an objective view of the evidence reveals that the vast majority would have never died of breast cancer.

All these women’s stories, all their lives, matter. But as our society debates whether to continue to require insurance companies to pay for mammograms, and whether to treat pre-cancers like DCIS with aggressive treatments like surgery, radiation and chemotherapy, we cannot let these beliefs obscure the harms of overly aggressive cancer screening. We need to maximize the benefits of screening by targeting those women most likely to harbor life-threatening cancers, while minimizing its harms, by working harder not to treat pre-cancers that, left to their own devices, are unlikely to threaten women’s lives.

Why it's important for physicians to talk about bias 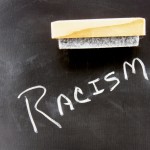