At the heart of American medicine is the concept of bedside manner, and with it the concern that doctors are cold and unemotional. Indeed, doctors are exposed to disease and misfortune on a daily basis. A patient who presents with stage IV metastatic stomach cancer is just one of the many hundreds or thousands of such patients that will walk through the hospital doors in the coming years. Quotidian exposure to death and disease would likely make “illness” seem like the norm.

As a medical student, I wondered if I would soon have to become desensitized to all the difficult things I would see every day, learn to control my emotions at the door, and focus on “caring” for my patients. And yet I questioned the word “caring” — would I be caring if I was to fully professionally remove myself from the situation and not feel for the patient or his/her family or would I merely be treating? I thought about the robotics of it all and the human factor that would necessitate doctors versus machines. I had thought about compassion, humanity and my select profession. Is it possible for doctors to show emotion and empathy without it lessening their ability to perform?

Interestingly enough, it was a clinical internship in China that helped me figure this out.

At the beginning of my internship at Huashan Hospital in Shanghai this summer, something incredible happened. A middle-aged woman had come in previously for routine imaging studies, but the doctors found something troubling in the films. Subsequent testing suggested a clear diagnosis: cancer.

In China, it is customary to inform the patient’s relatives of any bad news before informing the actual patient. As such, the woman’s son was told first of his mother’s poor prognosis. The doctor was with him for quite some time — talking. I could not hear the conversation, but I saw how attentive the doctor was to this young man. How he looked at him when they spoke. Unable to bear the idea that he had to tell his mom that she may have only months left to live, the son requested that the physician be present when he broke the bad news. Despite the fact that I don’t speak a word of Chinese, the attending physician asked me to accompany them. On the way, he told me about this family — the mother, the son, their lives. He had taken the time to learn so much about them.

I was nervous. I had read about delivering bad news, practiced with actors who simulated patients, and even watched videos on the topic, but I had never actually done it, or see it be done, much less in a foreign country like China, where the culture is vastly different from that of the United States.

As we entered the room, my stomach churned. Her son was my age, and his mother reminded me of my own. Their story was so close to home — even though I was so far from mine. The patient was a single mother who had raised her son all on her own. They were poor. They had no other family. Yet in spite of this, the mother worked two jobs, and put her son through college. And now we had to tell this incredible woman that she had cancer.

The Chinese words started flowing, a few exchanges between the patient, her son, and the physician. I could not understand what was being said, but I knew the inevitable was coming. I waited. Silence. And then they came; first the tears, then the sobs. I tried to look up, down, about the room, anywhere so as not to see what was happening in front of me. I fought to suppress my tears, but I just could not. The tears streamed down my cheeks, and I looked at the patient, her son, and the physician. We were all crying together, sobbing together. The attending doctor, who had been practicing medicine for over thirty years, allowed himself to feel and shed the tears that came with the allowance of humanity in medicine. Here we were — four people in a room, two of whom total strangers, one of whom from the opposite side of the planet — all grieving in unison.

This experience taught me something that I hope to never forget as a doctor. Medicine is about providing care to people. The core of medical education is the science — anatomy, physiology, pathology, and beyond. Yet patient care necessitates more than just the memorization of facts and figures; it requires empathy, it requires the doctor to feel. Advances in science have given us the tools to treat diseases and ailments that once plagued our ancestors. To be truly effective, however, doctors must do more than just alleviate symptoms. They must heal, and healing involves remembering that behind every “patient” lies a real human being — a mother, father, son, daughter, friend. Only when one looks beyond the patient and sees the person can they make a difference as a physician.

Thank you to the Chinese doctor for allowing me the chance to recognize this now. ​

Now is the time for acute pain medicine specialists 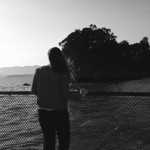 The day I saw the humanity in medicine
1 comments