The refusal of blood products by the Jehovah’s witnesses has often been cited as a great example of patient religious freedom triumphing over the traditional paternalism of medicine. Patients are free to refuse transfusion even at the risk of death. Many hospital-based physicians have, at one time or another, been witness to the demise of a patient refusing blood products, perhaps a preventable demise. Patient autonomy is held to be sacrosanct. My recent experiences, however, have led me to reconsider this view.

A 21-year-old male of African-American descent, a Jehovah’s Witness, with a history of sickle cell anemia presents with diffuse pain and weakness. His admission hemoglobin is 6. His admitting diagnosis is sickle cell crisis. He is treated with fluids, IV opiates, and empiric antibiotics. His blood counts continue to fall. He is asked if he would accept transfusion. He seems uncertain, until his mother indicates the entire family are Jehovah’s witnesses and under no circumstances would any of the family accept blood. The patient quietly refuses transfusion. Church officials start to spend a considerable amount of time in the room and waiting area. They approach multiple health professionals and attempt to hand them literature with recommendations for care of patients without transfusion. The president of the hospital is called when the recommendations are not hewed to. His hemoglobin continues to fall and reaches a nadir of 4. He becomes more tachycardic and tachypnic, but continues to decline transfusion.

The traditional way health care providers have been educated to view and treat Jehovah’s Witness is through the lens of religious liberty. Our constitution, through the establishment clause, bars the state from establishing any specific religion as the state religion. This frees the individual to practice any faith-based system. All medical treatment requires patient consent and individuals are free to base their consent on both science and faith. Jehovah’s witnesses are assumed to base their lack of consent to blood products on their faith. We as a society protect the right of the individual to refuse treatment based on religious grounds. The state’s interest in preserving life does not trump (a good word now besmirched) the individual’s religious liberty. We are free to knowingly refuse treatment.

Perhaps patients who are Jehovah’s Witnesses are not making decisions based on faith but instead are making decisions based on fear. The practice which medical professionals would likely find disturbing is called shunning or in the words of the church, “disfellowshipping.”  This punishment is used for members of the church who have committed a serious sin. As a consequence of disfellowshipping or shunning other church members may no longer associate with the person. Not even a hello is permitted. These result in the individual being isolated from those he/she loves, a strong form of social coercion. If school children were to engage is such behavior we would call it bullying. And yes, receiving blood products is one of the sins that in the eyes of the church can merit disfellowshipping.

It is this type of coercion, which distinguishes religion from cults. The definition of cult can be problematic, and the term is certainly loaded with negative connotations. Two features that distinguish cults from mainstream religions. One is the beliefs that may result in harm to the individual or others. Giving up a productive career to beg for alms in an airport is mildly harmful. Drinking Kool-Aid with cyanide, as occurred in Jonestown lies at the other end of the spectrum. The other feature of cults is the use of social controls to influence the behavior of members. Cults will often strongly discourage members from out-group socializing. This makes the practice of shunning a strong form of social control.

In most mainstream Judeo-Christian belief, sin is contextual. An observant Jew or Muslim may accept a porcine valve but refuse bacon post op. A porcine valve may be lifesaving outweighing the concern over its origin. A Christian in wartime may steal a loaf of bread, but the sin is forgiven. The greater good is survival in the time of war; the sin of thievery is forgiven in this context. The belief blood transfusion is sinful may have scriptural basis but the response is not consistent with Judeo-Christian tradition. In many instances, the transfusion of blood products is life saving. Contextualizing this type of sin does not usually result in a punishment as severe as shunning, but instead it is seen as a sin requiring forgiveness. The practice of shunning rather than forgiveness places Jehovah’s Witnesses out of the mainstream and into the realm of cults.

I have witnessed church officials residing at the bedside of our ICU patients with the stated purpose of ensuring no blood products are administered.  No patient needs to fear unwanted procedures being performed without informed signed consent; this is the age in which medicine lives.  Out of the cauldron of sterilization programs, lobotomies, the Tuskegee experiment has emerged a culture of strict adherence to informed consent.  It is guaranteed the forms must be signed before we as medical professionals can act. I raise the question:  What is the role of these church officials? Is their presence to guard the patient against unwanted medical care, or does their presence serve to intimidate the patient? Signing a consent form and agreeing to a sin in the presence of a church official, strikes me as difficult. If a private moment is found to sign a consent, church officials or family with the power to shun may walk in at any moment and see blood hanging. Blood cannot be given quickly and inauspiciously. Might the more realistic fear of church officials be consent given freely, not blood given without consent?

We are free to refuse consent for medical treatments. The ability to exercise our free will requires a non-coercive environment. Our legal system does not allow confessions or testimony that have been obtained through coercion. How are we medical professionals able to provide the liberty to make decisions for all our patients? Is asking to speak alone with the patient without family or church officials enough in the face of what can be seen as bullying? Can we as medical professionals expect reasoned guidance from the legal system? Is it sufficient to assume that Jehovah’s Witnesses are free to leave the church; therefore any of the conduct of the church is moot? I am of the belief our national organizations need to address this situation; individual action on the part of physicians is likely to be counterproductive.

Tips to meet challenges of administering and tracking immunizations 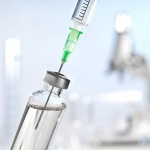 Patient autonomy is held to be sacrosanct. A doctor reconsiders this view.
85 comments