What is not to like about medical marijuana? It treats pain, vomiting, fatigue, anxiety, depression, insomnia, seizures, muscle spasms, Crohn’s disease and allows many cancer patients to resume remarkably normal lives. It is not addictive. It does not interact with other medicines. It acts quickly and is easy to adjust. It can be consumed in numerous ways. It is safer than essentially any other drug: 1,500 Tylenol deaths in the USA in the last ten years; overdoses from marijuana in the entire world literature? None.

To that list, I add another: Compared to other medicines, it is down right cheap.

Tom was in my office today. He suffers from severe chemotherapy and cancer induced painful electric shock-like neuropathy of his hands and feet. You know what it feels like when your hand “falls asleep?” Think of that, times ten and all the time.

This incapacitated Tom, leaving him house and essentially chair bound. In response we put him on a cocktail of medicine, including steroids, Lyrica, Cymbalta, Neurontin, Oxycontin and Percocet, each with its own side effects, including sleepiness, confusion, loss of taste, nausea, tremors, nightmares, narcotic dependence and severe constipation. Trapped between the eternal burning and handfuls of drugs, he began to wonder whether if it was worth living.

We begged Tom to try medical marijuana, but he resisted this recommendation, because it seemed to conflict with his religious beliefs. Finally, when his minister gave the OK, he was prescribed one ounce of marijuana, per month, through the New Jersey Medical Marijuana Program (NJ MMP).

His neuropathy came under immediate and complete control. He stopped all the medicines, except a rare Percocet. He was able to leave his house, walk long distances and return to life.

Here is the amazing part. Tom’s insurance company paid over $1,500 a month, for the pills. One month of marijuana, through a registered New Jersey dispensary, cost under $600. Not only was there a life-changing improvement in his symptoms, with essentially no side effects, there is a 65 percent marijuana discount.

Unfortunately, no. You see Tom may soon have to stop using marijuana and resume his prior costly caustic cocktail of drugs. Why? His health insurance company will pay for a pile of pills, but not marijuana. Tom must pay. Federal law prohibits the medical use of marijuana; therefore, no insurance company can legally afford to pay for cannabis.

So, let’s do a net calculus. If Tom stops using medical marijuana, he will not have to pay the $500 a month that a disabled cancer patient cannot afford. Instead, he will experience pain, decreased function and increased drug side effects. Judging by the way things were headed, when he was on pills, his life may even be shortened. The insurance company will have to pay $1,600 or more a month, as well as the cost of any medical complications or side effects. In other words, Tom will get worse care at far greater cost: the American way.

It is time to legalize medical marijuana throughout the United States. It has fewer side effects than any alternative. It is a better drug for many problems. It is good health care finance. The insurance industry should demand it. Legislators support it. Moreover, patients, in desperate need, would be transformed by it.

Medical Jeopardy is a terrible way to learn. Here's why. 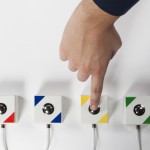 Legalize medical marijuana? See how a decision can affect this cancer patient.
9 comments