Yesterday my friend Sophie asked me to accompany her to a Miami hospital intensive care unit to see her older brother, Guillermo. He’d been admitted the previous night with seizures and cardiac arrhythmia.

Joined by my husband, we made our way to the ICU. When she saw Guillermo lying immobile, swollen and unresponsive, with a breathing tube in his mouth and other tubes snaking into his chest from IV poles, Sophie broke down sobbing.

Seeing her reaction, I felt a little ashamed at my own calm, although I knew it was hard-earned. During my years as a family doctor working in Miami-Dade County’s community clinics, I’d witnessed countless scenes like this one. Where Sophie saw a beloved brother utterly vulnerable and present only physically, I saw a fluid-overloaded patient hooked up to a ventilator, with the appropriate drugs being administered and a dialysis machine cooling and filtering his blood to treat his seizures.

Guillermo’s wife, Paola, and his father were there as well. As they filled us in on his admission, I began to feel a growing frustration.

It was no freak accident that had landed Guillermo in the ICU. Rather, it was his inherited tendency to develop polycystic kidneys, the disease that ten years earlier had killed his mother.

Several months back, having spent most of his life managing his condition, Guillermo had simply stopped doing so. Now his kidneys had failed.

“His last nephrologist visit was three months ago,” said Paola in a trembling voice, her eyes avoiding mine. We all knew that the visits were supposed to take place monthly.

For several months, she and Guillermo been planning a trip to New York with their seven-year-old daughter, but these plans had been derailed by Guillermo’s hospital admission. He had cancelled his latest nephrology appointment, telling Paola that he’d done it because she always got “too melodramatic” over these visits. Maybe she was anxious over his risk of becoming ill; maybe about doctor visits in general. For whatever reason, Guillermo evidently hadn’t wanted to spend time worrying about his kidneys.

Then, five days ago, his facial muscles had begun twitching — a sign of electrolyte abnormalities, likely from kidney failure.

Now he was here.

As Paola talked, I felt my gut clench tighter and tighter. Each time Guillermo had taken a step back from his disease, he’d taken a step closer to the ICU.

I’ve worked hard to shift my paradigm of health care from one of fixing patients to one of empowering them to embrace responsibility for their own well-being. Still, when a patient suffers serious adversity due to self-neglect, I struggle.

Outwardly, I remained calm. Internally, I was reeling.

Why the denial, Guillermo? Did your doctor never tell you what would happen without appropriate treatment? Or did you just choose not hear it?

I wanted to lift him up from the bed and yell, “You were twitching last week, you watched your mom die of this — I was at her funeral with you — and you didn’t take care of your kidneys? What about your wife? What about your daughter? What were you thinking?”

Today, I awoke unrested, unmotivated. A heavy sadness has descended on me. My whole being seems full of tears.

I contact Sophie and learn that Guillermo’s hypothermic treatment hasn’t worked. Even after twenty-four hours of general anesthesia, his seizures are continuing, with no end in sight. The situation is bleak.

After reading up on the prognosis for unresponsiveness due to renal failure, I call Sophie back and gently tell her how critical her brother’s condition is.

I abhor feeling helpless; but in this situation, helplessness pervades.

Sitting here, struggling to make sense of it all, I try to imagine what having polycystic kidney disease meant to Guillermo. How did he feel about having to deal with it? What kept him from facing his risk of renal failure? Did the thought of seeing the nephrologist make him feel sad, regretful, angry? Or afraid?

Beneath my sadness, I still feel angry at him for inflicting such pain on himself and his loved ones.

We’re all only human, I remind myself. It’s human to want to avoid looking at harsh realities. Facing them might be too painful, like looking directly into the sun.

I reflect that summoning up the courage to face reality also means taking responsibility for your actions — including your mistakes. We all make mistakes, and sometimes the consequences are more terrible than our worst imaginings.

Finally, unwillingly, I come to the heart of the matter: I must respect Guillermo’s right to make decisions that are different from those I would make.

It’s his life. They’re his kidneys. This was his choice to make.

Like Guillermo’s wife, daughter and other loved ones, I need to live with his choice and its implications for us all. Did he not love them enough to look after himself? The answer is that he did love them — enormously. But it seems he didn’t have it within him to bear the pain of facing his illness.

I wish so bitterly that he’d chosen differently — but he had reasons for doing what he did, reasons that I must try to understand. Can I find compassion for the choice he made?

Suzanne Minor is a family physician.  This article was originally published in Pulse — voices from the heart of medicine. 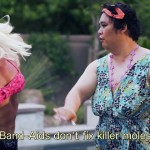 The heartbreak of counselling younger couples after a cancer diagnosis 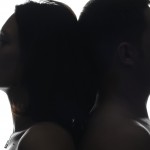 Finding compassion for the choice a patient made
2 comments