“Don’t ever land in a teaching hospital on a holiday weekend, they always staff up with residents,” noted a close friend who was all too familiar with the inner workings of hospitals.

That statement sticks in my head heavily today as I prepare to visit my father’s year-old grave.  My father, a man that was involved in the Department of Health & Human Services (HHS) and private sector research societies for decades, was always about making sure his family got the best healthcare possible.  Yet in the end, the medical system failed him the most profound and neglectful way.

Last summer, my father, 83 and having had a fall that resulted in successful back-to-back orthopedic procedures was working to recover from everything and the doctors at our local award-winning hospital did not seem to be overly concerned with his status.   At one point I, as a medical advocate, noticed he was starting to deteriorate a bit and sensing the holiday weekend approaching, I told the nurse in charge of my father’s care that Friday morning that I wanted a doctor to call me as soon as possible.  The team had all three kids’ phone numbers in their system and on my father’s whiteboard.  I never got a call.

My father became more and more non-responsive and by that Monday (Labor Day) my brothers and I were raising the alarms with the nurse charged with his care, and even other nurses at the nurses’ station who knew us and knew our father.  Paperwork was on file for my brother as power of attorney and all three of us kids were set up as able to receive information regarding my father’s care.  What was going on?  I kept pushing and finally the nurse on duty let slip, “There is only one resident covering the ICU and the intermediate care floors.”

What?  I was shocked.  One new doctor across all of these patients?  The feeling of impotence my family felt was unfathomable.  Again, no help, no response.  Even patient relations was closed.

So the day after Labor Day, I went into the hospital first thing.  I met my father’s new nurse outside of his room and I introduced myself and said I was going to be asking for immediate help from her that day and gave a brief explanation. She seemed fine with that and said she was ready to help.

The sight that greeted me in the room was shocking to say the least as my father had so obviously deteriorated even more, and I started asking if my father had been diagnosed with pneumonia, and I was told no. After I called both brothers to get into the hospital immediately and raised a firestorm with the nurse on getting a doctor in the room ASAP, I tried to sort out in my head what had gone so wrong that we were in this situation.

One brother arrived and shortly thereafter, a doctor who was apparently new to the system came in to see us and noted that everything was “just fine.” It was obviously not fine, and it did not require a medical degree to know that. We implored the doctor to get people in there to help.  He left, and a few minutes later my father coded right in front of me.  The nurse looked stunned, pressed a button on the wall to gather the team and my brother and I were hustled out so they could resuscitate my father.  I am normally a rational person in medical situations, but this was beyond what I could handle, and the entire floor heard my outrage.  I was escorted to the conference room where an embarrassed social worker and then a stunned and super quiet clergyman sat with me. The minutes ticked by and my brother came into the conference room and told me they had gotten a pulse, placed my father on a ventilator and were taking him to the ICU floor.  Later that morning the ICU doctor told us she suspected pneumonia, which was later confirmed. My father spent the next two weeks failing to gain the strength to get off the ventilator or to have a suggested tracheostomy placed and passed away.

My attempts to handle complaints with the state health department, the hospital’s  patient relations department and later the CEO of the hospital system were treated with very legal letters that referred to my father’s medical chart which obviously showed nothing of what we witnessed.  Even stating that I would be willing to forego a lawsuit and more did little to budge them from admitting their blame and showing me what changes they were making in the system to properly address this problem in the future.  Their letter responses in the end attempted to placate me by stating what changes to the patient “communication system” had been put in place since my father’s stay at the hospital.

My father’s death certificate listed various “causes” of death but in my mind there is one that was left off: insufficient staffing and lack of caregiver communication related to a holiday weekend.  A hospital can have all sorts of awards but how is that hospital deemed “award-winning” when its care and communication is neglectful because the majority of the team is on vacation and left in the care of green doctors?  It is not like the sick and dying stop their troubles during a holiday weekend, yet hospitals magically become ghost towns during this period of time.

How is this acceptable when other consumer-oriented businesses are open and properly staffed to the point of in some cases 24/7/365, have on-call team members in place and more?  And is this limited to a single hospital or is this a national issue?  Should our patients as consumers fear going to the hospital during holiday weekends?  Should we be outraged that our “holiday weekends” can easily turn into “horror-day” weekends for those who draw the short straw on medical “professionals”?   I hope to see this article shared with many hospital administrators.  My father’s legacy deserves to be justice in the form of real and lasting change across the industry.

Deb Discenza is co-author of the Preemie Parent’s Survival Guide to the NICU and founder, Preemie Magazine.

It's time for physicians to regain their voice 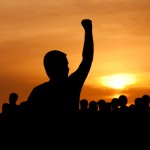