A recent CMS proposal to bundle payments for doctors and hospitals for hip and knee replacements in 800 model centers has hit a roadblock. The five-year program would have begun January 1, 2016, and nearly 300 comments were received by CMS earlier this month. Apparently most of the comments were not, shall we say, favorable. Even the Federation of American Hospitals protested

For those who are unaware, “bundled payments” means that CMS gives a lump sum of money to pay the doctor and hospital bills for a given procedure. In some ways, this is similar to the diagnostic related group concept, or DRG, from years ago. However, there is one small but important difference. The DRG payment is a set amount for a hospital admission for hospital charges based upon the diagnosis. Thus, if a patient had congestive heart failure one set price was paid, no matter if the patient had a hospital stay of two or twenty days; or had 12 tests or 100 tests. The essential difference here between DRG and bundled payments is that the former is for and only one, provider — the hospital.

Under bundled payments two providers, the hospital and the physician are being paid for the procedure or hospitalization. Most proposals have advocated the set bundled payment going to the hospital, and then they pay the doctors. So if Dr. A charges $5,000 for a total hip replacement, and Dr. B charges $2,500, which one do you think they will pick to do all of their surgeries? Now charging more does not necessarily insure high-quality medicine. However, bottom bidding and below cost pricing is almost a guarantee for poor medical care.

I know this because I have seen this play out many times over the past two decades with capitation models of payment. Groups of doctors are paid a set fee, usually via an HMO contract; to cover all care for a set number of members, or patients. The more care they render, the less they make. The less care — the more money they make. It’s really that simple. Not surprisingly, patients in this insurance arrangement complain about rationing and lack of access to care. They do however seem to understand the trade-off — they are paying less, or in the cases of Medicare Advantage plans, nothing­­ — for their coverage. It is a poorly kept secret in the medical community that many of the doctors in these arrangements are not the finest in the community.

If hospitals are in charge of doling out Medicare dollars to physicians, they will always go to the lowest bidder in order to increase their bottom line. The fact that many doctors are now owned by hospitals makes physicians’ power to refuse these contracts almost impossible. The real loser here will be the patient who will have to search even harder and pay extra money for better quality care.

David Mokotoff is a cardiologist who blogs at Cardio Author Doc.  He is the author of The Moose’s Children: A Memoir of Betrayal, Death, and Survival and can be reached on Twitter @FreeMarketdoc.

Don’t try to be your child’s friend. Here's why. 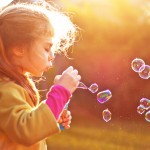 Don't land in the teaching hospital on a holiday weekend