“Why aren’t you treating this patient?”

Over the phone, the pediatrician’s voice crackled with disdain.  I had just spent the last 5 minutes explaining why I didn’t think surgery was necessary for a patient whom the pediatrician had referred to me (unwillingly, as she pointed out during our conversation — the patient’s insurance wouldn’t cover visits to the much bigger competitor hospital that she normally referred to).  I remembered the little girl we were discussing as I went through her chart.  2 years old and red-headed with freckles — typical characteristics for a child with high-grade vesicoureteral reflux, the condition for which I was seeing her — and with parents understandably terrified, having been told their daughter was at risk for developing kidney disease.

“I usually survey these patients periodically rather than operate.  I’ve found surgery usually isn’t necessary, as the reflux usually resolves with time as do the urinary tract infections.”

“Well, I’ve been practicing for 29 years and these patients have always had an operation.  What about the risk of kidney scarring?  You don’t even put them on prophylactic antibiotics?”

I explained that the most recent evidence indicated that treatment of reflux with antibiotic prophylaxis does nothing to prevent kidney scarring, the dreaded complication of patients with reflux, and that this evidence confirmed the findings of multiple prior studies.

“Well, I don’t understand why you just recommend doing nothing.  I hope you understand that I will send them for a second opinion.”

“Of course.  You need to do what you think is right for the patient.”  I hoped that I sounded sincere.

It’s a well-known and long observed fact that the treatment you receive as a patient has as much to do with the particular physician who treats you as much as any other single factor.  If medical evidence was — or even could be — uniformly and reliably interpreted, it wouldn’t matter what physician you saw; you should get the same recommendation regardless.

But evidence in medicine is anything but uniform and reliable, either in interpretation or performance, as evidenced by the pediatrician’s unhappiness with my treatment plan.  The entire field of meta-research, which identifies weaknesses in and suggests improvements of scientific research, has grown in response to this problem.

But although it is (almost) universally recognized that there is significant error in the general medical literature, medical decision making does not seem to reflect this problem.  There is a general attitude of “we just have to do better.”  Although laudable and certainly a goal all physicians should share, this reaction does not address the idea that there is good reason to think that most of what we recommend as physicians simply does the patient no good, and that by committing to “doing better” while continuing with treatments that have never proven of benefit, we most likely are doing harm.

A good example of this is the history of cancer treatment in the United States.  “Breakthroughs” in cancer treatment are almost commonplace in media reports.  The inescapable narrative is that we are advancing, although slowly, in our war against cancer, and that final victory is within reach.  When viewed from a population level perspective, however, that narrative is hard to believe.

Specifically, the National Cancer Institute has been keeping track of all reported diagnoses of cancer in the US, and the deaths from cancer, since the mid 1970s, and publishes the data as part of the SEER database.  Based on the SEER statistics, over the past forty years, of the 12 most common cancers, nine have had minimal to no decrease in death rates, and four of those nine have seen the death rates actually increase.

Many people have noted that, although death rates have not appreciably changed, people are living longer after cancer diagnoses, which must mean we are providing more life, even if the cancer is winning in the end.  However, with broad institution of screening programs as well as almost ubiquitous CT scan usage, longer survival is likely the result of lead time bias, where the diagnosis is made earlier in the course of the disease, but the timing of death is unchanged.

So really, the problem that the pediatrician had with my management of her patient is that people want to believe in control.  Patients — and doctors — want to be told that everything is under control and that, although the path to health is potentially a difficult one, they and their children will be safe.  It’s a basic agreement that lies at the base of the surgeon-patient relationship — I’ll do what you say as long as you keep me safe.

But when a preponderance of evidence, as is the case with vesicoureteral reflux, indicates that doing something, or actively treating, does not change the patient’s outcome, the logical conclusion would be to not do anything.  Occam’s razor, in short.

Yet when, as a treating surgeon, I say that there really isn’t anything to be done, I’m calling into question the possibility of control, or the idea that if we can identify a disease process like reflux or cancer, we can intervene to stop it in its tracks.  But this idea many times is simply not supported by the available evidence, regardless of how appealing to intuition it may seem.

A famous rejoinder to the problem of evidence I am discussing is that there are no randomized controlled trials proving the efficacy of parachutes, either.  Yet no one would suggest jumping out of an airplane without one.  But this obscures what most of medicine, and virtually all of pediatrics (I’m a pediatric urologist) is based on, which is managing outcomes that are years in the future.  From anti-lipid therapy for prevention of heart disease to early childhood autism screening programs, medicine is moving further and further away from focusing on immediate health issues and focusing more on longer-term ones.  With outcomes that are possibly years if not decades in the future, just because a treatment makes intuitive sense does not imply that it will actually work, and it definitely does not mean treatment pathways should be followed without reflection.

Most would assume that a parent would be happy to be told that their child doesn’t need surgery, but that assumption is complicated when there is a possible bad health outcome at play.  It’s one thing to tell a patient that they don’t need surgery for the lump in their breast because it’s not cancer – it’s another thing to be told your child has a condition that may be related to kidney disease, but there is nothing I can do to prevent the kidney disease from developing.

Luckily, in the case of reflux, the odds of anyone developing significant kidney disease with normal kidneys at first diagnosis are very small, but the fact remains that there is at least the perception that there is a risk.  But to recommend surgery to eliminate the reflux, or treatment with antibiotic prophylaxis, in this setting is equivalent to recommending a haircut.  The evidence for both in terms of preventing a bad outcome is exactly the same.

I no longer recommend treating, or even diagnosing, vesicoureteral reflux.  I explain to the patients I counsel, as I explained to the parents of the freckled two year old, that this puts me outside of majority pediatric urology opinion, and almost certainly outside of what is considered standard of care.  As a physician, it is difficult to admit to a lack of control.  But we owe it to our patients to do so, instead of offering them an illusion.

Jeremy B. Wiygul a pediatric urologist.

Getting patients and physicians to ask the right questions 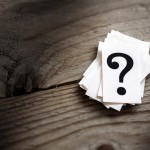 Before visiting the doctor, consider these 5 things you may not know 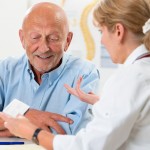