My idealism has been stolen. No other way to express how I feel just days past my third anniversary from graduating from fellowship. Post college, I spent thirteen additional years in training to become the specialist physician I am. I am reminded now of my Facebook post stating I was about to start my first “real job” with a picture of the beautifully lit signs at night of the university whose medical school I would become faculty. So proud of the patient population I would be caring for and the people I would be serving and teaching. I paid little attention to the fact that my colleagues who were graduating along with me would be making at least twice as much as I would. In fact, I had a contract from a more respected private institution in the same city, as determined by U.S. News & World Report, with the promise of nearly 3 times the salary at this point in my career, and turned it down. I turned it down because I believed in the university and the idea that I could make a difference in the world.

I was the first woman faculty in my specialty area at my greater than century and a half-year-old institution, a fact that I thought little of until pointed out to me. My first week on staff, a male faculty member in my division who I did not know stopped by my new office and stated, “I see they hired a new sex symbol for the department.” I was speechless, and I regret that now. It didn’t take me long to realize he was the head of one of our divisions. I didn’t mention it to anyone for months, including my husband, and then just laughed at the lunacy of the comment. Three years later, ten faculty members in my division have left, accounting for a loss of 70 percent of the women. Of the two women remaining that were there when I started, one had to hire a lawyer to advocate for herself and career.

As cases are stolen off the board by older male faculty, and I am left with the cases that do not require my level of training, I am told it is not right by leadership, but it keeps happening. Yet, I continue to take the same call, the same number of nights and weekends as my colleagues at the university, I am somehow good enough for that. I recently learned that a male faculty member, junior to me with less training, is making substantially more for the same clinical time. When brought before my department leadership they had little to say other than, “You all should not be discussing salaries.” When I asked that I make the same as every other colleague in my division for my efforts, I was offered a raise, but still not equal to my male colleagues with illogical excuses of “they are doing other things,” which I am also doing.

At this point in my career, I am no longer supported to take classes towards the masters in public health I was promised and was pursuing with the goal of becoming a better researcher and educator. I am doing nearly 100 percent clinical work (I was hired to do 70 percent) with no adjustment in compensation until I asked.

Gender-based discrimination and sexual harassment are common in medical practice and are even more prevalent in academic medicine, according to a landmark national study in the Annals of Internal Medicine: “Faculty Perceptions of Gender Discrimination and Sexual Harassment in Academic Medicine.” In addition, not long ago a study published in JAMA discussing gender differences in salaries of physician researchers showed that in academic medicine, male gender was associated with higher salary even after adjustment in the final model for specialty, academic rank, leadership positions, publications, and research time.

The bottom line: Faculty men and women are equally engaged in their work and share similar leadership aspirations. However, medical schools have failed to create and sustain an environment where women feel fully accepted and supported to succeed, as I have learned first hand. It is with little wonder that research from the Association of American Medical Colleges shows that more women are leaving academic medicine than entering.

The excitement I felt when I started my career in academic medicine has faded, not through lack of motivation and trying. There is only so much discrimination one can take. A mentor of mine at a community hospital died recently, and I was recruited to take his spot with the leadership stating, “If we get you, that would be a wonderful legacy for him.” Women in this group get paid the same as men, and there is equal spread of the work, regardless of sex or age. Despite this, why am I torn to leave? There is still a little piece of me that believes in the idealism of a university setting where one can teach and aspire men and women to reach their highest potential, even though it failed me. 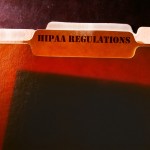 Medicine can suck the compassion out of you. But I still give it my best shot. 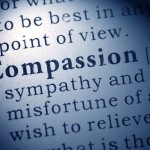