“We have an admission.”

The dreaded four words for most interns on a day you are swamped with discharges while trying to get your post rounds orders in.

“Hypertensive emergency and possible osteomyelitis of the foot,” my senior informed me with a few other details as we made our way to the emergency department. Mr. Rodriguez was a very pleasant middle-aged gentleman, with graying hair and a goatee.  I introduced myself, explained my role in the healthcare team, and informed him why he was being admitted to hospital. Mr. Rodriguez nodded his head every few seconds, but his blank stare betrayed the fact that he did not understand anything I was saying.

Subsequent encounters with Mr. Rodriguez were much more coordinated thanks to Spanish interpreters and his family (a sister, two daughters, and two sons) at the bedside. Most mornings his room was filled with his entire family waiting to hear updates from me. He was being cared for by multiple specialists, and I became the provider they could expect to “connect all the dots.” Most mornings, though, we were all focused on one number: his serum creatinine.

The need for acute dialysis was starting to become apparent, and this was easily accomplished in the hospital. But Mr. Rodriguez was uninsured, which complicated preparation for possible long-term dialysis. Furthermore, very early in the process we discovered that Mr. Rodriguez was not only uninsured, but also possibly undocumented. I was tasked with verifying this.

This was not something that medical school had prepared me for; there had been no standardized patient for this scenario. “Are you here illegally?” No, I thought, that sounds accusatory. “Are you an undocumented immigrant?” That sounds a bit better, maybe. The next morning I entered the room dreading the conversation. It started as awkwardly as I had feared. My questions were met with silence and worried looks from multiple family members, but they eventually confirmed that he might not have the “proper paperwork.” Good enough for me, I thought, as I told them that we would figure something out to get him the help he needed.

“He needs to go back to Mexico,” a case manager recommended that same morning in social work rounds. I failed to comprehend the comment initially: an off-color joke maybe? Possibly an ill-worded opinion about American immigration laws? Neither, as it turned out. Her statement simply constituted our best medical advice. Due to state and federal laws we didn’t have much to offer Mr. Rodriguez after he walked out of the hospital, especially regarding dialysis. Most current safety net programs or provisions in the ACA were of no help; it was as if Mr. Rodriguez didn’t exist for these programs. A ticket back to Mexico turned out to be the standard of care when it came to deal with patients like him.

Preparations for outpatient dialysis transformed from discussions of glomerular filtration rate into discussions of the optimal time and transportation for traveling back to Mexico. The absurdity of three different medical teams in a quaternary care hospital essentially handing Mr. Rodriguez a one-way ticket to Mexico was not lost on the family nor myself. The optimistic medical student of just a few months prior, who assumed that the system would find a way to provide the best care to even its most vulnerable patients, had transformed into a jaded resident who knew that the standard of care often depends on who the patient is.

What happens when the best medicine has to offer can’t be offered to everyone? This had been the most dramatic example I had experienced where the state of our health policy influences the treatment plans we are able to offer our patients. I couldn’t help but think about medicine as a profession and its interplay with limitations and restrictions placed on it by legislators in a process foreign to a great deal of us. Is this the consequence of physicians failing to lead? We should expect much more from our physicians and hospitals than a frustrated throwing up of our hands due to the inadequacy of our system. The burden of social responsibility for improving our communities in ways that offer individuals the best chance of healthier lives lies with us the physicians and caretakers. Our roles extend to a scope much broader than just treating the individual patients that walk through our clinic doors.

In the end, Mr. Rodriguez’s kidney function improved as dramatically as it had declined. He didn’t require our travel agent services after all, at least not during this hospitalization. He was discharged with follow-up at a free clinic. I soon moved on to taking care of my nine other patients who were, after all, legal residents of the United States.

Is solving the primary care crisis easier than we think? 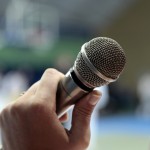 What happens when the best medicine has to offer can’t be offered to everyone?
29 comments