The history of American medicine is the story of the rise and fall of a professional guild.  In the 19th and early 20th centuries, physicians distinguished themselves from other healers by banding together to form professional associations dedicated to science-based practice.  Even more important, medical ethics put the patient first, above considerations of personal gain or even collective social goods.  The medical guild may have been insular, self-protectively territorial and paternalistic, but it was also self-sacrificing and altruistic.  Doctors earned the public’s trust one patient, or family, at a time.

The last quarter of the 20th century saw this guild wither under waves of commercialism and populism.  Third party payers started “managing” care, trumping medical decisions with budgetary ones.  Large medical corporations leveraged economies of scale to provide services at lower cost.  Meanwhile, government oversight gradually replaced the guild’s self-policing.  Since the days of Vietnam and Watergate, no authority in America, even medicine, gets a free pass.  With oversight comes infrastructure, formalized quality control, reporting requirements.  Unfortunately, sensible-sounding social policy may be unworkable on the ground.  Private medical practices are gradually disappearing.

The weakening grip of physicians over the practice of medicine re-opened the door for commercial innovation — or pandering, depending on one’s perspective.  Generations ago, patients were drawn to inexpensive folk remedies, expensive patent medicines, and traveling road shows.  The modern parallels are free information on the internet, ads for expensive prescription drugs on television, and slick smartphone apps.  Patients now see a doctor for a one-time encounter online, at an urgent care clinic, or in a Minute Clinic behind a chain drugstore.  Enhanced access and convenience, often at lower cost, is the upside.  The downside is fragmentation of medical care rendering it an impersonal commodity, where doctors are interchangeable, and patients are widgets on an assembly line.

The hard lesson of the marketplace is caveat emptor.  Little wonder that patients only reluctantly divulge personal matters to strangers in white coats, and increasingly prefer to do their own online research.  A trusting doctor-patient relationship, once the soul of medicine, begins to sound as quaint and precious as “old world craftsmanship” — nice if you can afford a concierge doctor who still offers it.

A number of battles are being waged in this larger war between professionalism and commercialism.  On one side are physicians rallying under the traditional banner of uncompromising standards, and prizing the individual patient over cost and social considerations.  Detractors, however, paint this stance as paternalistic, and say doctors are clinging to the last scraps of guild status and privilege.  On the other side are entrepreneurs happy to “disrupt” the status quo and give the public what it wants, namely lower cost, faster service, and transparency.  Detractors, however, say these entrepreneurs pander to a fast-food mindset that cuts corners and increases medical risk.

The Texas Medical Board ruled earlier this year that doctors must examine patients in person (or “face to face”) before treating them online, essentially declaring telemedicine an adjunct to in-person care, not a replacement.  Teladoc, the largest U.S. telemedicine provider, filed an antitrust lawsuit in U.S. District Court, which suspended the Board’s ruling.  The court’s decision suggests it is not up to doctors to set a standard of medical care.  It’s a marketplace decision.  If people want to be diagnosed without the benefit of a physical examination, and companies choose to provide that service, that’s their right.  It will be interesting to see whether medical malpractice will be harder to prove once the marketplace lowers the standard of care.

Likewise, doctors favor follow-up visits to discuss certain test results, particularly those with life or death implications.   This is motivated by benign paternalism: putting the results in context, softening the blow of bad news, helping the patient not jump to conclusions, framing the next steps.  Many service professionals, from caterers to auto mechanics, offer at least a little of this contextualization.  But it’s a value-added service that costs real money in medical practice.  Many patients prefer to get their results online or directly from the lab instead: it’s faster, less expensive, and feels more transparent.  Interpreting the results with the help of Dr. Google is a risk that saves time and money.

The tension between traditional medical values and expanding commercialism, amplified in this age of instant online information and services, puts the squeeze on physicians. We need to explain our rationales carefully and stand up for high quality in the face of expediency.  Yet we also need to choose our battles. We may be forced to accept a role for medical fast food as well as fine dining.  And this is not only for the sake of affordability, although that’s one very real consideration.  Americans crave speed and convenience, as distasteful as that may be to old-world craftspeople, Cordon Bleu chefs, and principled physicians.  Speed, cost, quality: Pick any two.

This is great medical care. With a large helping of unnecessary suffering. 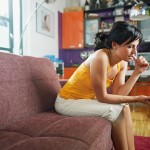