Dr. Google has been the brunt of numerous jokes and various denigrations from the medical community for some time.  The most recent such offering to come to my attention was from Tanya Feke who seems to want Dr. Google sued for malpractice.  As one who was instrumental in the construction of the Internet, which allowed the creation of Dr. Google, I read these attacks with mixed emotions.  I clearly understand the common and troubling search result describing a miracle cure for cancer that also removes warts and erases wrinkles, but I also understand that many in the medical community are so focused on this issue of bad information, they have largely missed both the massive upheaval and the miracle Dr. Google is creating.

Earlier in my life as my associates and I connected wires and cables creating the Internet, I warned all who would listen that this development was going to cause massive upheaval in many areas of society.  I saw this upheaval start less than a month after email was provided to all employees in my own organization.  It quickly became apparent one manager was managing by withholding information from employees.  It became so obvious he was forced to resign a few months later.  It seems that some in the medical community are reacting just as this manager did and will likely achieve the same results.

For many years, the local doctor has had full control of all medical information available in the local community.  This doctor had years of training and clearly knew more about the human body than anyone else in town.  My mother expressed the situation well when I tried to refuse my medicine. She would say to me: “Why do I need to pay the doctor if you are not going to follow his advice.”  Even today this limited information flow exists in many parts of the United States, but for better or worse Dr. Google is quietly changing this dynamic.  This changing dynamic leaves the medical community a choice, continue to denigrate the messenger, Dr. Google,  in an attempt to maintain control over the information flow or allow the change to wash over them to the benefit of both the doctor and patient.  I am concerned for those that continue to try to control the information flow for them, like the manager of my earlier years will likely be relegated to the sidelines as others embrace the technology and move forward with the practice of medicine.

While it may not have occurred to everyone amid the consternation over bad information, Dr. Google also indexes much of the legitimate medical information in the world.  By selecting Google Scholar you remove most of the extraneous material.  Instead, Dr. Google returns links to PubMed: an index of worldwide medical research with abstracts maintained by the National Institutes of Health.  Links to the indexes of back and current issues of most major medical journals including the publications of the American Medical Association, Lancet, BMJ (formerly known as the British Medical Journal), and all the Elsevier publications.  Also, Dr. Google indexes medical publications from around the globe.

Consider for a moment the doctor in Small Town, USA, which has a patent with a strange set of symptoms.  She tries several logical processes, but the symptoms persist.  In earlier times the this doctor would have checked her small library of medical books and magazines, then talked on the phone to some of her peers or perhaps talked to her local drug rep, but eventually was forced to conclude that she had done all medicine could do for that patient even though the patients symptoms continued.

Today, with an Internet access, that small town doctor has access to the much of the collected wisdom of the medical world thanks to Dr. Google.  A quick search will return the latest research, and the clinical practice guidelines.  She will have access to the index and summaries of articles from hundreds of publication.  Many more than to which she could subscribe.  Once she has the reference, a small payment  (zero and $50 U.S.) will deliver the entire article in a few minutes.  That levels of access to information would never be possible even in a large university medical center without Dr. Google or the equivalent.

Just as important, the patient or the family of the patient has almost the same access to this worldwide collection of wisdom at the click of the mouse. Also, they have a much larger interest and in many cases more time to work with Dr. Google to help locate the relevant medical information for their specific affliction.  This information retrieval saves their personal doctor time, because a first level of selection has already been done and if their personal doctor has provided the proper keywords, the results should be mostly relevant to the patient’s condition.  Has anyone tried this approach?  I have, and my personal doctor keeps asking for more.

So while many people get terrible results with Dr. Google, with a little help from the medical community in selecting keywords, and otherwise assisting the patient in using this new tool, perhaps we can restore the faith and trust in the medical community that is currently being undermined by accusations of malfeasance on the part of  Dr. Google.  Where are the schools teaching patients how to search? Have you started one?

Unfortunately for the medical community, Dr. Google is not the only upheaval on the horizon.  He is just the first of many.  The next doctor I see for the medical establishment to rail against will be Dr. Watson.  No, not the bungling detective that served as a foil for Sherlock Holmes, but the supercomputer and software created by IBM which was able to win on Jeopardy.  While I watched one of the Jeopardy episodes, I remarked that  Watson would make and excellent medical assistant.  I noticed a few days ago that IBM now has that idea and is working to build the medical database for Watson. (They have not added the prefix Dr. to the advertisements. Yet.)

Consider if you will, a computer that contains all the information from every medical book currently used in medical school, all the billing codes, all the drug information and all of the treatment guidelines that doctors are supposed to follow.  Add to that fuzzy logic that has been under development since the 1980s that permit decision making based off the probability of truth to any condition and you have a diagnostic machine.  Plug in the patients symptoms and the machine prints a prescription for the proper drug faster and with more accuracy and repeatability than a time pressed doctor.

If you then add the face scanning ability now available on Facebook and elsewhere, and the pictures of various medical conditions  you have created a general practitioner that can provide a diagnosis and a referral to an expert faster and more accurately than any human.  Where will the medical profession go then?  Will this be the way we practice 100 percent evidenced-based medicine as defined by the drug companies while completely ignoring the effect of nutrition and time on health and healing?

It is obvious the last few paragraphs are only speculation.  Just remember my earlier prediction that the Internet will cause massive upheavals and people that withhold information as a means of control will be relegated to the sideline.  This prediction has come true in business, and the cries of foul against Dr. Google for releasing coveted medical information indicate it is coming true in medicine.  I, for one, welcome this future and look forward to learning even more about my body and how it repairs itself as I get older.  In addition, I welcome all in the medical community that are helping in this advancement. Let the training in the use of Dr. Google begin!

Jerry Segers is a retired engineer.

A neurosurgeon remembers the humanity in medicine 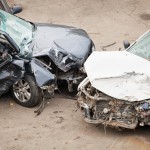 Why #ILookLikeASurgeon resonates so powerfully 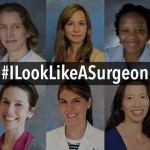 Dr. Google is in the house. All hail Dr. Google!
15 comments