Mergers and acquisitions aren’t two words that usually find their way into medical lexicon, but that is rapidly changing. However, health care, like many industries, is experiencing a new round of mergers and acquisitions that is reshaping local and national markets, as well as impacting the availability and affordability of health care services for millions of patients. According to many industry and Wall Street experts, we are on the front edge of the most robust merger and acquisition activity in the health care sector since the 1990s. One Wall Street analyst stated that mergers in the health insurance industry were “overdue.” (I believe this was the same attitude of railroad and oil barons of the 1920s, and we are all familiar with how that era ended.)

I am acutely mindful of Wall Street’s insatiable desire to win. Recent events and popular culture clearly demonstrate this — see “Too Big To Fail,” “Wolf of Wall Street,” or the 1980s classic “Wall Street.” I realize that challenging the desire of Wall Street isn’t always a safe bet, but I think these are issues where family medicine should lead.

The American Academy of Family Physicians has been monitoring merger and acquisition activity closely for several years.  Although some level of mergers is expected in a growing global economy, we have grown increasingly concerned about the pace and types of mergers occurring in the health care industry.  In 2014, our concerns reached a tipping point, and we decided to open direct communications with the FTC on the issue of hospital and health insurer mergers. In a March 2014 letter to the FTC, the AAFP outlined our concerns with mergers in the insurance industry as follows:

“We have witnessed this trend for several years, but are more concerned today as health insurers expand into the Health Insurance Marketplaces and rollout Medicaid managed care products. In many markets, a single insurance company may be the dominant market force for the employer, individual, Health Insurance Marketplace, Medicare Advantage, and Medicaid populations. This situation allows insurers to control, if not manipulate, the physician workforce in those marketplaces. This is anticompetitive in our opinion, and we encourage the FTC to use its resources to both examine and prevent such actions by the insurers.”

In that same letter, we expressed similar concerns with hospital and health system consolidation, stating, “The AAFP continues to urge the FTC to focus efforts on exposing the troubling increase in mergers between hospitals and health systems that increase costs, decrease competition, and fuel an uncoordinated race to provide expensive advanced medical technology and high-cost procedures. Patient access in these markets appears destabilized because hospitals and large health systems use unfair market powers and disparate site of service payment policies to buy out small physician practices or undermine them financially.”

In April of 2014, we again communicated with the FTC on these two issues, but added a specific emphasis on the anticompetitive behaviors of electronic medical record vendors. In that letter, we voiced our concerns with what has become known as “vendor lock” in the EMR industry:

“The AAFP is concerned with the utilization of health information technology to create competitive barriers against physicians and patients. The lack of interoperability makes it practically infeasible for a physician practice to switch electronic health records should the vendor or health care community use anticompetitive methods to limit a practice’s access to needed health information on their patients. This hoarding of data negatively impacts care and distorts market forces trying to decrease health care costs and improve quality. It is critical that health data flow to where patients wish to be treated. The current market forces for EHR vendors and large (quasi-monopoly) health systems limit interoperability in order to retain customers and patients and to elevate prices artificially.”

Most recently, a June 4 letter to the FTC, the AAFP expressed concern about speculation that two or more of the nation’s largest health insurers were exploring a merger:

“The American Academy of Family Physicians is deeply concerned about the potential merger of any of the nation’s largest health insurance companies and the impact such actions would have on access and affordability of health care for consumers across the nation,” the letter said. “We urge the Federal Trade Commission (FTC) to carefully evaluate and scrutinize any potential merger(s) in the health insurance industry, specifically those involving two companies that are among the 10 largest national insurers.”

To their credit, the FTC and Department of Justice Antitrust Division have been aggressive in monitoring and challenging mergers in the health care sector. The FTC has successfully challenged several hospital and health system mergers on the grounds that they decreased or eliminated competition in local or regional markets. We also are pleased that the Office of the National Coordinator has voiced concern about EMR “vendor lock” through a report to Congress on information blocking.

Since the enactment of the Patient Protection and Affordable Care Act we have witnessed rapid and troubling mergers in the hospital industry. We are now in the early stages of similar activities in the health insurance industry.  A 2014 report from the American Medical Association, “Competition in Health Insurance: A Comprehensive Study of U.S. Markets,” found that a single health insurer had a commercial market share of 50 percent or more in 17 states. Furthermore, the report found that in 45 states, two health insurers had a combined commercial market share of 50 percent or more.

These numbers demonstrate that a lack of competition clearly exists, which is why the AAFP has called on the FTC and Department of Justice to cast a wary eye on potential mergers in the health insurance industry. As we stated in our June 4 letter, “A delicate balance between competition and efficiency needs to be struck to benefit all consumers, physicians, and insurers — especially during a time of high volatility.”

The darker side of being a doctor 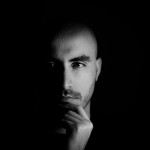 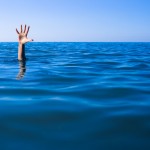