Recently, health insurance companies across the nation have petitioned to increase premium rates for customers covered under the Affordable Care Act (ACA). In North Carolina, Blue Cross Blue Shield (BCBS) has proposed a 25.7 percent raise in premiums; in New Mexico, BCBS requested a 56.1 percent raise; and, in Georgia, Alliant Health Plans has submitted a proposal for a hike as high as 85 percent.

Health care premiums are a significant burden on many American families, averaging about $1,000 a month, not counting thousands of dollars people pay in deductibles, copayments, medical supplies and medications.

So I did some research to put the health premium issue in perspective.

Health care premiums for private health plans are of two types. One is employer-sponsored health insurance, which 48 percent of Americans receive. Over the past few years, the premiums of these plans for individual coverage have not increased and for family coverage have slowed to a three percent annual rise. The proposed premium hikes do not impact Americans on the employer-sponsored health plans.

The second type of private health insurance is for plans on the newly-formed health exchanges under the Affordable Care Act (or Obamacare). An exchange is essentially a one-stop marketplace where consumers can decide among categories of health insurance called platinum, gold, silver and bronze, based on benefit categories. Insurance companies such as BCBS or Cigna offer plans at varying costs. Twelve millionAmericans have purchased plans on the exchanges. The rate increase would affect this sizable group.

I wondered, what’s motivating these changes in the ACA? Is the ACA collapsing? The answer is complicated. According to most health economists, insurers didn’t accurately predict the number of new ACA enrollees as well as the high level of health utilization by these enrollees due to their previously untreated medical conditions. At the same time, reduced government protection for insurance companies has compounded the risk of irreversible financial losses. As a result, insurers had to estimate new costs of coverage to reflect the true burden of care.

On the bright side, there is a chance these petitions could be dismissed. Insurance companies petitioning for high rate increases are likely to be rejected by auditors in states where this authority is granted. Also, the ACA requires insurance companies to spend a minimum of 80 percent of the premiums on medical care or else give their customers rebates. In the first year of the ACA $1.1 billion was given out in rebates by insurance companies and $2.1 billion in the second year. Lastly, a good way to control premium rates is through the market. If insurers raise their rates too high, other companies will offer more competitive packages as leverage.

Similarly, if premium hikes increase, then it’s likely subsidies would increase as well.About 80 percent of Americans enrolled in ACA receive subsidies to make health insurance affordable. This is because the subsidy depends on the cost of the premium as a percent of an individual’s income and is benchmarked to the premiums for the second-lowest silver plan.

While the exchanges may seem chaotic and frustrating, the ACA could be life-saving for many patients. Take one of my patients who, in his 20s, contracted HIV. For years, he had good employer-sponsored health insurance, working at a university as an office administrator. He followed-up regularly for his appointments and took his medications. But then he was laid off and lost his health insurance. He stopped coming to my office, stopped taking his retroviral medicine and ultimately his HIV flared and progressed to AIDS. He was repeatedly admitted to the hospital until he signed up for the exchanges. Now he has health insurance as well as money for his prescriptions and health care. One day, sitting on the examining table, he confided, “I think these exchanges saved my life.”

Even with this proposed premium hike, the exchanges are not collapsing. Rather, they are going through a market correction. The exchanges are an innovative, market-driven strategy, which foster competition, cost-savings, and quality among insurers. They are an example of managed competition as its best, an idea originally proposed by a conservative think tank, the Heritage Foundation.

The most important question we must ask is, who ultimately controls the rise and fall in our premium rates? While doctors, hospitals and insurance companies play a large role, we consumers can collectively help to lower our health premiums by changing many of our behaviors. For example, avoiding unnecessary ER visits can save $38 billion. Smoking costs the nation nearly $170 billion dollars in direct medical care. Roughly 11 percent of our aggregated health care expenditure is associated with inadequate exercise, and healthier diets may prevent $71 billion dollars in medical costs associated with diseases like diabetes.

All of this trickles down to affect our health care premiums.

Finally, another way to lower our premiums is to convince more people, our friends and neighbors, to sign up for health insurance, because on average a family or their employer pays $1,017 extra in premiums for those who are uninsured. It’s time we all do our part. 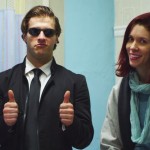 An inappropriate use of medical jargon: Words do matter to patients

Putting the increases in health premiums in perspective
16 comments