Over the years, applicants whom I’ve interviewed for positions in the first-year medical student class at Georgetown have often asked how our school’s mission statement influences the educational experiences and clinical services we provide:

Guided by the Jesuit tradition of Cura Personalis, care of the whole person, Georgetown University School of Medicine will educate a diverse student body, in an integrated way, to become knowledgeable, ethical, skillful, and compassionate physicians and biomedical scientists who are dedicated to the care of others and health needs of our society.

I never quite know how to answer this question. Like the aspirational mission statement of my previous employer, the Agency for Healthcare Research and Quality, which was “to improve the health of all Americans,” Georgetown’s statement doesn’t offer an obvious path for how to produce physicians dedicated to the “health needs of our society.” Although our nascent population health scholars track will give select students perspectives and tools to address societal health needs on the population level, Georgetown consistently graduates a majority of medical subspecialists and produces few who will relieve growing national shortages of family physicians and psychiatrists. As for meeting the needs of rural and urban underserved populations, a 2010 study ranked us 102nd out of 141 U.S. medical schools in the percentage of physicians who were practicing in federally designated health professional shortage areas.

So are medical school mission statements just academic boilerplate, or do they really guide graduate specialty choice and practice location? This was the question that Dr. Christopher Morley and colleagues investigated in a fascinating study published in Family Medicine. A diverse panel of 37 medical students, educators, and administrators reviewed the mission statements of U.S. medical schools and rated them on a 5-point scale for social mission content, defined as “any language that reflects a goal of medical education to train practitioners capable of matching the needs of society and vulnerable populations or for the institution itself to serve vulnerable populations or regions.”  The mean of panelist ratings for each school’s mission statement turned out to be a statistically significant predictor of the percentage of graduates who entered family medicine and the percentage who worked in medically underserved areas/populations.

As the study authors noted, these interesting associations could be interpreted a number of different ways:

It is not clear from these results if graduate career choice is influenced by the orientation of the institution, or if students who go on to work in these areas of medicine self-select into institutions because of a personal predilection to work in primary care or in underserved communities; however, it appears that medical schools with a proclaimed orientation toward producing physicians in primary care and/or physicians who provide care to underserved populations are achieving these missions.

Incidentally, I don’t know how Georgetown’s mission statement rated on the scale of social mission content, although I imagine that it would have fallen somewhere in the middle. Also unanswered is the philosophical question of what percentage of schools should be orienting their graduates toward Morley and colleagues’ definition of social mission, rather than producing excellent physician-scientists, health executives, or some other standard of accomplishment.

A quiet day in the doctor's office: And that's the way it's supposed to be 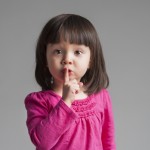 Mission statements of medical schools: Here’s why they matter
4 comments