Looking back on my step 1 study period, I owe my sanity to three things. Numbers 1 and 2 include my best friend and Coffee Toffee ice cream, both of whom prevented me from falling apart at the seams on multiple occasions. Number 3 is a memory from volunteering earlier in the year, and it still stands out as the sole motivating force behind me ever finding my copy of First Aid after I jettisoned it from the window in sheer disgust of biochemistry.

It was a particularly busy day at our student-run clinic, which is stationed out of a local needle exchange. Our last patient had been waiting all afternoon to be seen, but time was running out before our doctor had to head home, so I put my coordinator paperwork on hold and brought her back to the phlebotomy room to get her exam started.

It was not an unordinary site at our clinic. And, sadly, her story wasn’t uncommon, either.

The words I scribbled into her chart were strung together by the usual themes: mental illness, rough home life, and self-medication with whatever was cheapest. “Dope sickness” and red tape surrounding rehabilitation programs just kept the sadness cycling.

“So I just need a note. A note for the bupe people saying my hep C is under control, or they won’t let me in the program,” she told me, alternating between writhing in her seat and wringing her hands.  “They think I’m gonna make everyone sick!”

I was puzzled by the science of this, especially given that HCV is primarily transmitted via blood, but was not at all surprised by her struggle to get into a rehab program. Even if there was an open spot in these coveted programs, the bureaucratic hurdles involved in getting said spot were frequently insurmountable.

“OK, don’t worry. We’ll see what the doc can do for you. He’s finishing up with another patient right now, but he’ll be in here soon.”

She gave an anxious nod, and we continued to fill in the rest of her chart.  Then, midway through her family history, she stopped.

“For looking me in the eye when I talk. Nobody does that.”

It felt as though someone turned down the volume of the hum of chaos that normally filled the clinic; I was stunned by the implications of her gratitude. A normal patient H&P, just like any other, turned out to be one of the few (if any) sources of validation our patient received as a human being, and it broke my heart.

I reassured her that of course we cared, and she continued to speak with me until the doctor came in. He was able to write out a note for her, and we wrapped up the exam. I quietly doubted if the note would be what the program wanted, or if she would encounter enough decency in the future to convince herself that she was worthy of eye contact, but we sent her off hoping for the best.

Afterwards, the doctor gathered the student volunteers for his ritual “debriefing” to discuss what everyone had learned, and I finished up organizing patient charts.

In between forms, I overheard some of the wisdom he shared with the other students: “We can’t do much curing in medicine, but we can do some healing. These people only want two things: They want you to care, and they want you to listen. Fortunately, you can always do both.”

I still can’t tell you the second step in the TCA cycle, but I am relieved to know that there are other pathways involved in healing.

What is pediatrics? It's more than just runny noses. 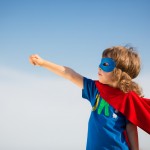 Antipsychotics in the elderly: Sometimes it's excellent palliative care 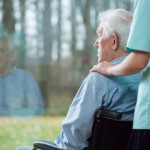