A House subcommittee recently voted to eliminate the Agency for Healthcare Research and Quality (AHRQ) as of Oct. 1, 2015, the start of fiscal 2016. If you hadn’t heard the news or aren’t sure why you should care, that’s exactly the point.

The GOP-led House Subcommittee on Health, Employment, Labor and Pensions (HELP) first voted to ax AHRQ back in 2012, along with other big government cuts; the agency escaped thanks to political gridlock that led to continuing budget resolutions instead of individual appropriations bills. Now, with the GOP in control of both houses of Congress, AHRQ has again been “terminated,” to quote the legislative language. But before railing against the Republicans, look at it from their viewpoint.

What HELP did was take about a half-billion dollars from Obamacare bureaucrats and use it as part of the budget boost given to scientists seeking to cure cancer, Alzheimer’s disease and similar ills at the National Institutes of Health, and to those at the Centers for Disease Control and Prevention working to protect Americans from dangerous epidemics such as Ebola.

You got a problem with that?

Of course, there’s another side to the story, assembled by Friends of AHRQ. In a nation that spends some $3 trillion on health care, a Friends of AHRQ brochure notes, the agency works to answer “hard questions about the availability, quality and costs” of that care, according to Joseph Antos of the conservative American Enterprise Institute. Moreover, finding what works and what’s wasteful can “help close the fiscal gap” in the federal budget, avers Dr. Brent James, a senior leader of Intermountain Health Care in reddest-of-red-states Utah.

“NIH is great. CDC is great,” says Dr. David Penson of Vanderbilt University Medical Center in Nashville, yet “no one but AHRQ” takes on the job of delivery system research. The four key areas of that research include making care more accessible, safer, more effective and more efficient.

One problem is that while clinical research and fighting epidemics are popular causes that will also pump money into various Congressional districts, eliminating health care “waste” brings no local political benefit. If anything, the effect is the opposite. Clamping down on waste can look an awful lot like bureaucratic interference to those whose income is jeopardized.

AHRQ’s predecessor learned that the hard way when it was targeted for elimination by a House with a new GOP majority in 1995 after spine surgeons vigorously complained about guidelines targeting “overuse” of back surgery. What was then called the Agency for Health Care Policy and Research survived by changing its name and narrowing its mission.

In some ways, today’s situation is worse. AHRQ is endangered not by influential enemies but because no influential Republican sees any accomplishments to justify averting the ax.

1. Get a new leader. As I wrote in 2013, when researcher Richard Kronick, PhD was named AHRQ’s director, the appointment seemed driven by defensive politics. The announcement wasn’t even posted on the AHRQ website but was announced in the Department of Health and Human Services’ daily electronic newsletter.

Kronick had worked in HHS on implementation of the Affordable Care Act and, before that, on Medicaid in Massachusetts. That background did not bode well for bonding with the GOP majority in the House, and today Republicans control the Senate, too. Republican opposition to “Obamacare” has often been frenzied, fanatical and unfair, but the job of an agency head, particularly at an embattled one, is to get along with those who control your budget. Since, for the moment, the voters aren’t going to fire the Republican Congress, it’s Kronick who’s got to go.

Who should replace him at AHRQ? Intermountain’s James reportedly turned down the AHRQ position in the George W. Bush administration, but he might take it as a short-termer today for the good of the field and the nation. James trained as a surgeon and statistician and founded Intermountain’s Institute for Healthcare Leadership. He’s thoughtful, smart and, though a Republican, a genuinely apolitical scientist who’s both widely respected and well-liked.

The word “scientist” is the key. Though AHRQ calls itself a “science agency,” that’s not the general perception. If James won’t take the job, my next choice would be another prominent clinical scientist in the health services field, Dr. Peter Pronovost of Johns Hopkins’s Armstrong Institute for Patient Safety and Quality. Unlike James, Pronovost wouldn’t have to move, only lengthen his commute from Baltimore. A charismatic clinician who was a recipient of a MacArthur Foundation “genius grant,” Pronovost would bring brand-name scientific credibility to an agency mired in anonymity.

How anonymous? At a time when health care reform has been constant front-page news, AHRQ has not been mentioned in the New York Times during the past year — including when the House committee voted to eliminate it. During that time, the Washington Post made a passing reference to AHRQ statistics in a story on infections, but the Post, too, made no mention of the agency’s possible termination. The planned agency execution rated only a line or two even in publications like The Hill and Politico.

2. Change the agency’s name and, if possible, affiliation. Yes, this was done once before, after the 1994 GOP threat met, from the Agency for Health Care Policy and Research to AHRQ. But I would suggest that in the short attention span of today’s world, explaining what is meant by “health services research” or why “quality” is not what I automatically get from my local doctor and hospital are losing propositions.

In any event, “health” and “health care” are wonk words that stir no positive emotions. In contrast, the public, press and politicians perk up when they hear about “medicine.” For better or worse, names and labels define us: think “Archibald Alexander Leach” vs. “Cary Grant” or, for that matter “consumer-driven health plans” vs. “defined contribution health insurance.”

3. Personalize the benefits. In his 2015 presentation to Friends of AHRQ, Kronick spoke about the agency’s “multiple chronic disease” program. Curious, I looked at the web page of the Congressional Diabetes Caucus, formed back in 1996, and now comprising the largest caucus in Congress. The Congressional Diabetes Caucus has close to 350 members. In listing its accomplishments in regards to diabetes care, the group mentions NIH, the CDC, the Medicare program, the Indian Health Service and the U.S. Postal Service, for a diabetes stamp. AHRQ is MIA.

AHRQ, the organizations that make up Friends of AHRQ and those in the research community who receive AHRQ grants have spectacularly failed to crystallize for members of Congress or the public the real benefits of what AHRQ and health services research accomplish.

AHRQ helps keep the sick and vulnerable safe in hospitals, and grim statistics show that wealth, education, and political clout provide no extra protection from medical error. AHRQ helps make sure the discoveries at NIH go from the bench to the bedside, whether your problem is diabetes cancer or one of those infections the CDC is trying to prevent. Even more important, an AHRQ program a day keeps the doctor away, whether it’s because of preventive care that improves health or preventing inappropriate and unneeded operations.

Call this the heart attack you don’t have, and the heart bypass you never get when taking a pill or two works just as well. Are you listening, middle-aged members of Congress?

That’s the science story AHRQ needs to tell and sell. Meanwhile, to cure the immediate political infection, AHRQ need a dose of new leadership, a new name and new outreach efforts to those who control its fate. 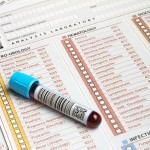