On October 10, 2013, the Boston Public Library held an author event featuring Dr. Sheri Fink, she of the MD/PhD braininess that appears to be in constant triage mode; she famously skipped her own medical school graduation to assist refugees on the Kosovo-Macedonia border during the war in Kosovo.  Five Days at Memorial had recently come out, and her talk that early fall evening definitely had the feel of a close-knit book group.  Dr. Fink is petite, but she asked big questions that night pertaining to medical ethics and then supersized every single one, without ever once tipping her own hand.  The audience was spellbound.  Plus, she had already won a Pulitzer Prize for investigative reporting while writing about lives lost during Hurricane Katrina.  How could I not fall in love?

Six months later I went to another author event, this time at Regis College, where Dr. Ira Byock was talking about his area of expertise: palliative care medicine.  I had read his book The Best Care Possible, and delighted with the knowledge that he honestly valued social workers.  They were part of his team that helped patients and families think about end of life issues in ways they had never considered.  Indeed, Dr. Byock’s compassionate bedside manner visibly leapt from the pages and became palpable as I savored his book.  What’s more, he accepted the school’s speaking invitation on one condition: that it was not just for one presentation, but would create a forum for sustainable change.  Indeed, he led four roundtable discussions later that day with leaders from local medical, nursing, and social work schools to promote patient and family centered care in palliative settings.  Smitten again.

Later the same year, after I had just begun reading Dr. Atul Gawande’s best-seller Being Mortal, I had the good fortune to hear him speak at the Harvard Medical School.  His essays in the New Yorker are like love letters to the entire medical profession, at once pleading with his peers for more efficiency and less waste, all the while educating the general public about the necessary logic rules and best practices within his surgical specialty.  This feat alone is endearing enough, and I am a huge fan of his previous book The Checklist Manifesto.  I routinely recommend it to social work student interns and beginning practitioners alike.  Such were my expectations previously molded when the New York Times ran an excerpt of Being Mortal in an op-ed before I had even bought the book.  To then hear Dr. Gawande talk about medicine and mortality in a stadium-seating amphitheater was breathtaking.  My heart skipped another beat.

This pattern continued with publication of Dr. Danielle Ofri’s New York Times op-ed last summer entitled “Adventures in Prior Authorization” about dealing with insurance companies.  When I realized perhaps something diagnosable was occurring, I also knew my fondness wasn’t merely for doctors who authored compelling stories in the mainstream print media.   At the time, I was working in a busy post-acute care setting where the vast majority of patients are older adults with multiple, complex, chronic conditions.   While I routinely interact with doctors, here I was doing so on a daily if not hourly basis.  The geriatricians, physiatrists, psychiatrists, and palliative care providers I worked with last summer all participated in care plan meetings with patients and families, answering questions thoroughly and sharing information freely.  Not only do white coats and honorifics foster social desirability effects, doctors are remarkably intelligent people who are so many things to so many people.  And I love this about them, individually and taken together.

My provisional self-diagnosis is a love of doctors, or what can only be called mediphilia.  Obviously, I am partial to geriatricians, who embody the current struggle in health care over quantity vs. quality.  I also truly appreciate the fact that my partner’s doctor, David Nathan, has welcomed me to his office when accompanying her on annual visits.  Dr. Nathan’s expertise about type I diabetes provides solace to me when I think about things like an artificial pancreas or an outright cure.

Similarly, when my own primary care provider left her practice last year, not only did I cry, I also tracked her down and thanked her for having provided me with such excellent care through the years.  She replied quickly, and just as she had always done, took the time to share some truly kind words of acknowledgement and encouragement.

To Dr. Lorna Wilkerson, who is one of a kind, I say, “Don’t go changing, I love you just the way you are.”

Sarah Wright is a social worker and president, Social Work in Progress.

Why are women so underrepresented in surgery leadership? 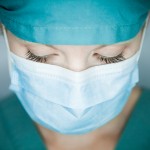 Medicine is not only about disease: It's also about debilitating debt 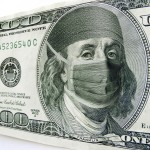 Mediphilia: Self-diagnosed with a love of doctors
9 comments