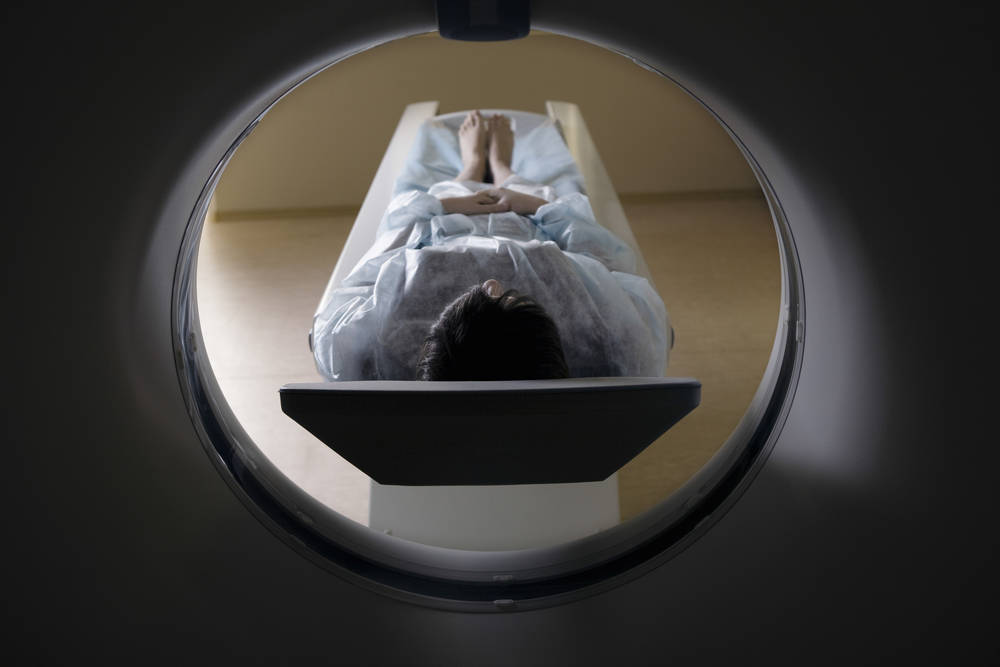 Note: This case is meant to illustrate the potential negative effects of inappropriate imaging.  It is not intended as a diatribe towards any member of the health care team.  Really the only “mistake” made here was the ordering of the CT scan in the first place.

A 37-year-old woman presents to her local emergency department (ED) with a 4-hour history of heartburn and abdominal discomfort.  She sees the triage nurse who initiates labs including CBC, complete metabolic panel, D-dimer, and troponins.  The patient has the labs drawn and is sent back to the waiting room.  The lab results are normal with the exception of mildly elevated aspartate aminotransferase (AST) and alanine aminotransferase (ALT).  The triage nurse consults a physician and gives a history of heartburn, abdominal pain, and elevated LFTs.  A noncontrast abdominal/pelvic CT is ordered, performed and the patient is taken back to an exam room in the ED.

The nurse seeing the patient recognizes that the patient has heartburn and gets an order for TUMS.  The patient’s symptoms quickly abate.  The CT scan is read by the radiologist as negative for acute pathology—there is no cause for acute abdominal pain demonstrated.  A 2.6 cm indeterminate mass is described in the central aspect of the right hepatic lobe for which a liver mass protocol CT is recommended.

The liver mass protocol CT is performed, and the liver lesion remains indeterminate.  An MRI is recommended.

An MRI is performed demonstrating imaging findings most consistent with an hepatic adenoma, a benign lesion (the radiologist looks into the patient clinical portal and sees that the patient is on birth control pills, adding further confidence to the diagnosis). The radiologist also makes mention of a possible mass in the distal esophagus, not well demonstrated on MRI (or the prior CT scans performed without oral contrast).  The radiologist recommends an upper GI.

The upper GI is performed by the radiologist and is negative although mildly limited as the patient has had a recent outpatient surgery on her knee and is not able to move into all the necessary positions.

Based on the imaging results and the history of heartburn, an upper endoscopy is performed — this test demonstrates a normal esophagus, stomach, and proximal duodenum.  During the procedure, however, the patient has a massive aspiration event.   The patient is admitted to the hospital, and a subsequent chest radiograph demonstrates a large focus of consolidation in the right middle and lower lobes consistent with history of aspiration.

The point of this case is simple: inappropriate imaging can have far greater consequences than the time and expense of the one test.  Yes, this patient has gotten caught in an imaging loop, but how did she get there in the first place? Improper imaging often begets additional diagnostic tests that have their own inherent risks.  Every medical decision was handled correctly with one exception — the CT should not have been performed for an indication of heartburn, particularly before the patient had a history and physical from the physician.

Let’s talk cause and effect.  Did the ordering of the CT scan cause the patient to lose her left leg?  The answer is no.  Is the ED responsible for the ultimate loss of the patient’s leg? Clearly the answer is also no.  But did the ordering of an advanced imaging test without a proper indication set off a chain reaction that ultimately resulted in the patient being subjected to an invasive test (upper endoscopy) with a complication that begot another complication? Here the answer seems clear.

Now, a little about the pros and cons of inappropriate imaging in the ED.  Again, it is important to clarify that when I say inappropriate (or improper) imaging, I mean imaging that is performed without a proper indication (narrowly, we can define this as imaging performed in the ED before a proper workup).   I’ll take it as a given that CTs performed in the ED for appropriate indications are of tremendous value and lead to better patient outcomes.  And I’ll also taken it as a given that CT scans can be properly performed without a preceding history and physical in certain cases such as trauma.

Yes, there are still pros to inappropriate imaging. For one, imaging often aligns well with patients’ expectations — they feel good about the care they’re receiving when they think something is being done.  Another advantage of rapid triage to advanced imaging is that it can speed patient throughput, by helping to establish a diagnosis (or lack thereof) in timely fashion.

A final advantage of improper imaging is the ability of the imaging to find other pathology.  What if the initial CT picked up an incidental 7 mm mass in the pancreas that ultimately led to resection of a stage I pancreatic cancer and the patient’s life was effectively saved as a result? (I know someone who had this happen to them).   But this is not a good argument — there are many screening tests that would pick up pathology — and even save lives — that are still not justified (screening healthy women for ovarian cancer with labs and/or ultrasound comes falls in this category).  In our case, the CT did in fact show pathology, an indeterminate mass, which could have turned out to be malignant.  Even the benign hepatic adenoma that was diagnosed could become an issue as larger ones, particularly those on the periphery of the liver, are prone to hemorrhage, which can lead to excessive blood loss and even death.  This hepatic adenoma was small and in the central liver, but the point is that even if it had been large, it still doesn’t justify the CT.

Now to the cons of improper imaging, which I hope to prove far outweigh the pros. The first and most obvious disadvantage is illustrated in this case: inappropriate imaging may cause the patient to undergo further tests, both noninvasive and invasive, all of which have their own inherent risks.  These risks can be physical: noninvasive tests still have risks such as radiation exposure and the risk of contrast media.  Invasive tests carry the risk of increasing morbidity and mortality.  The risks can also be mental, including increasing anxiety to the patient. (As a radiologist who also performs direct patient-radiologist consultations, I appreciate this component.)

Another major negative is the associated costs.  This, of course, applies to both the initial test, and any additional tests that may become necessary to work up things seen on the first test.  These costs can be monetary — to the patient, the insurance company, and the health system in general.  There is also a time cost — time spent going to follow-up tests, time lost from work, time spent by the CT technologist performing a test that wasn’t indicated, scanner time taken up which delays other indicated CTs, etc.

A final less-thought-about disadvantage of an improper CT in the ED is its effect on the treatment team — namely, that it has the potential to lessen the intensity and thoroughness of the ED’s history/physical exam.  Over time, this contributes to atrophy of clinicians’ physical exam skills and ability to diagnose.  In the acute setting, once they know that the CT is negative, there is a natural tendency for ED caregivers to think the patient does not have serious pathology.  This mentality can be dangerous.  For example, a negative head CT may (if even subconsciously) make the ED caregiver feel better about a patient’s neurologic status, even while recognizing that there are myriad pathologies in which the head CT will be normal.

Again, this woman’s case isn’t intended to rebuke the ED staff — the ED is under tremendous pressure to triage, treat, and place patients in a rapid fashion.  I talk to ED physicians in my practice nearly every day, and it is crazy the juggling they must do between their own ideas of best practices, the expectations of their patients, and the metrics imposed by administrators.  But that doesn’t lessen my central point; it is not a good practice to have patient’s triaged to imaging before they are seen and fully evaluated.

Final author’s note: The case described of the woman losing her leg is NOT a true story. This case is only meant to get us thinking a little more about the appropriate use of advanced imaging in the ED setting.