The whole thing was rather awkward.

I have to admit that I was nervous. I perused the records before he walked through the exam room door. These conversations were always difficult and felt out of place in the office. But I had looked at the numbers over and over again. There was a glaring deficiency that had to be corrected. I planned to jump in right away, but we got sidetracked.

He wanted to discuss blood pressure. His cholesterol numbers were slightly off, and we spent quite a few minutes discussing the difference between HDL and LDL. I readily counseled on diet and exercise as my mind drifted to the unpleasant conversation that only I knew was coming. I wondered if I would ever get to my agenda.

During a brief pause, I thought I found my opening.

Unfortunately, he was just building up the confidence to talk about erectile dysfunction, That’s right, I was foiled by ED! Again, I waited patiently and listened as he described in detail his current situation. We discussed lifestyle modifications, medications, and finally the utility of blood tests for accurate diagnosis.

When he packed up his things to go, my face turned crimson. I knew there was no escaping. I started the conversation tentatively with a question.

I wonder if you could do me favor?

He looked at me quizzically as I tried to explain. I described meaningful use and the reasons the government had enacted such policies. I directed that he would get an email inviting him to join a patient portal so that he could access his medical information remotely including medicine lists, diagnoses, etc.

I told him that I was being graded on participation, and would suffer economic consequences if I failed to enroll adequate numbers of patients and have them message me through the system. I begged, nay pleaded, that he would go home and sign up today.

He shook his head. He had done this once before with the hospital and spent hours trying to sort through password problems before he gave up. He swore he would never participate in such silliness again.

Besides, I never really look at that stuff anyway. If I have a question, I just call you, and you answer right away!

I have had a patient portal available for two years now. To date, almost none of my patients have signed up for it even though they get email reminders regularly.

The outcry of late has been, “No MU without Me.”

Apparently what is meaningful to the government and even health care advocates, may not be to the average patient.

You're taking my blood pressure wrong. Listen to this patient. 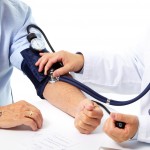 Should I go into radiology? A radiologist gives honest answers. 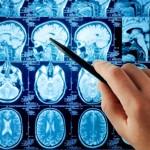