The buzzwords many use in medicine today are “personalized,” “individualized,” or “targeted.” Rather than doctors prescribing tests or treatments that work in most people but might not work for you, proponents argue, we should tailor medical interventions to unique patient characteristics, such as genomic data. (The White House’s Precision Medicine Initiative is an example of this kind of thinking.) Although I am skeptical that big data-driven genetic sequencing will soon trump the personalized experience of a physician sitting down and speaking with a patient, many areas of clinical medicine stand to benefit from an improved understanding of genetic and environmental causes of diseases in individuals.

On the other hand, public health problems rarely have a single cause or respond to a targeted intervention. Many policies and actions combined to lower the prevalence of smoking in U.S. adults from 45 percent in the 1960s to about 18 percent in 2013. Counseling and cessation medications played a role, but so did raising tobacco taxes; restricting advertisements; requiring warning labels; and banning smoking in airplanes, restaurants, parks, and other public places. These concurrent interventions drove a widespread culture change, making smoking “uncool” to the extent that many adults who smoke today are embarrassed by their habit.

Two stories I’ve read in the past month offer good examples of throwing “everything but the kitchen sink” at public health problems that defy straightforward solutions: high infant mortality and incarceration rates in African Americans. In Cincinnati, babies have been dying in the first year of life at more than twice the national average. The reasons are many: premature births, inadequate prenatal care, poor nutrition, exposure to tobacco smoke in the womb and in the cradle, to name a few. Cradle Cincinnati, the strategy that the city’s medical and public health professionals created to reduce infant mortality, addresses three modifiable behavioral issues: smoking (stop), spacing (pregnancies at least 12 months apart), and sleep (baby alone, on its back, in an empty crib). Just as important was how to deliver these messages to prospective parents who were suspicious of the health system:

Using focus groups from African-American and Appalachian neighborhoods, the [nonprofit Center for Closing the] Health Gap found that many young mothers rely primarily on friends and family for maternity information: They simply don’t trust doctors and nurses … The distrust is often driven by not feeling valued “and not believing that the person who is giving them instruction about prenatal care even cares.” Now the Health Gap is looking for ways to train peers and neighborhood leaders to share accurate information. It’s also producing a video “letter” to community medical providers to school them in the day-to-day interactions that make a patient feel judged, devalued, and dismissed — interactions that may keep her from showing up to monitor her pregnancy or following up after her child is born.

Infant mortality in Cincinnati has fallen in each of the last few years; how much of a difference the three Ss campaign is making is hard to measure, but it does seem to be helping.

A few states northwest in Milwaukee, Wisconsin, a controversial District Attorney has been tackling a completely different but no less urgent problem: the huge racial disparity in African American men in prisons. The statistics are staggering: although they comprise only 6 percent of the state’s population, African Americans represent 37 percent of the incarcerated population. A thirty-something African American man living in Milwaukee County is more likely to have served time than not. Not only are these sky-high rates devastating to relationships with partners and children, lengthy prison stays, and subsequent criminal records make many former inmates unemployable.

The causes of this problem are far from obvious, certainly not as simple as the “racist police brutality” narrative that has swept the nation in recent days. Are African American men committing more crimes than others? More likely to be arrested? Being prosecuted and convicted at disproportionate rates? More likely to receive a jail term rather than parole? In Milwaukee, it turned out to be most of the above. Those who commit violent crimes should be jailed, but mandating years behind bars for shoplifting or drug possession turned teenagers and young men into hardened criminals and was ultimately counterproductive. (See my previous post for alternatives to the “war on drugs.”) So D.A. John Chisholm changed the focus of his team from “winning every case” to ensuring that the punishment fit the crime, and sentencing selected nonviolent offenders to substance abuse treatment or educational programs rather than prison terms. He also charged his prosecutors with developing ways to prevent crime before it began by, for example, persuading community organizations such as Habitat to Humanity to renovate abandoned homes in low-income neighborhoods. As in Cincinnati, the jury is still out on Chisholm’s methods, which have modestly shrunk the Milwaukee County prison population but doesn’t seem to have affected crime rates.

Like patients with multiple complex medical conditions, public health problems require innovative solutions, but as the the executive director of Cradle Cincinnati was quoted as saying, “There’s no silver bullet. It’s silver buckshot, and it all needs to be fired at once.”

Or maybe you prefer my metaphor: Everything but the kitchen sink. 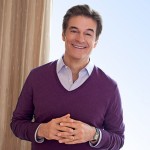