I walk into the neonatal intensive care unit (NICU) each morning and see as many as 15 tiny patients. Some born just a few weeks premature, but others born so early they could fit into the palm of my hand, weighing as little as a pound. And I can’t help but think that there should be better communication about how to reduce the risk of preterm labor. Even if we could help mothers stay pregnant just a few weeks longer, it could make a world of difference.

There are evidence-based approaches to preventing preterm birth. Spacing out births between children by at least 18 months, along with receiving progesterone supplementation during pregnancy, can significantly reduce risk. Unfortunately, however, conversations about these options just aren’t happening often enough.

Both the American Congress of Obstetricians and Gynecologists (ACOG) and the Society of Maternal-Fetal Medicine (SMFM) have recommended progesterone supplementation for at-risk pregnant women. Mothers are considered eligible for the treatment if they have had preterm births previously or if they fit into certain risk categories. Progesterone supplementation, which can be administered in the form of weekly shots or a vaginal cream starting at 16 weeks gestation, has been shown to reduce the risk of recurrent preterm birth by as much as 45 percent. But many patients have never heard of it, and health care providers don’t appear to be spreading the message.

A contributing factor to the lack of awareness may be that obstetricians and pediatricians only see a handful of preterm cases each year. Understandably, when a woman delivers a premature baby, the focus for obstetricians is on the mother’s health; pediatricians concentrate primarily on the infant’s health. This helps ensure that both the mother’s and the child’s immediate medical needs are met. Once those needs are met, however, it’s rare for health care providers to then extend the conversation into discussing how to avoid future preterm births.

We need to bridge the gap between treatment after a preterm birth and raising awareness about options for at-risk women. Neonatologists, who see preterm births every day, may be able to help bridge that gap. Neonatologists are constantly speaking with mothers about their baby’s needs in the NICU and how to care for them when they’re strong enough to go home. In that context, it makes sense for us to also discuss the steps to take to help prevent a future preterm birth.

In a similar survey colleagues and I conducted among mothers who had previous experience with preterm births, the results also reveal a lack of awareness:

Progesterone supplementation is not a miracle treatment that will instantly fix our nation’s preterm birth problem. But if there’s an evidence-based approach, we should be letting patients know about it so they can make informed decisions about their care. This needs to be a joint approach between obstetricians, pediatricians, neonatologists and all those involved in caring for expectant mothers and their infants.

We can never truly eliminate preterm births, but every week a baby remains in-utero is a week closer to full development. Even just a few extra days can mean less intensive care and a better, healthier birth overall.

It must be nice to be a doctor. Except when it isn't. 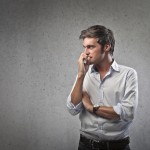 A physician gets a bad online review. What next?

There’s hope for preterm births: Why aren’t more patients getting the message?
6 comments