We received the report of the 2015 Dietary Guidelines Advisory Committee some weeks ago. Some months from now, that science-based report, politics, and a whole lot of pestering will come together, and we will get the actual Dietary Guidelines for Americans 2015.

That’s how it works, which I presume most people in this country at least already know. We have Marion Nestle to thank for first shining a spotlight on the potential dilutions, distortions, and adulterations of science-based guidance by political considerations. Independent, diverse scientists are convened to review the relevant literature and update what they think dietary guidance should be. The Department of Health and Human Services and the USDA have the final word on what the dietary guidelines are.

That explains the politics; what of the pestering?

Ever since the politically-modified beans of this process were first spilled, it has all become increasingly transparent, and public. The Secretaries of Health and Agriculture, when they announce the release of the official guidelines, tend to acknowledge openly that they start with the work of scientists, but end with the determinations of federal policy makers, subject to the usual influences. There is also this period in which we now find ourselves, with guidance in hand but guidelines yet pending, in which the work of the scientists is on display (an open casket comes to mind) — and public commentary is invited.

In a land where Citizens United is the law, it should come as no surprise that the “public” inclined to comment is not just loving parents and grandparents, weighing in to defend the purity of public health science on behalf of their family’s health. Much of the public commentary is from large, well-organized, special interests — with various means at their disposal to pester more influentially than the mere submission of a comment through an online portal.

Comments, of course, are diverse, and often conflicting, as one would expect given the varied constituencies prone to opine. At last check, I believe the tally of comments was roughly 6,000, and frankly, I was surprised not to find more.

Among the more noteworthy of feedback to date is the already well-publicized position of the meat industry. Apparently the makers of, among other things, sausage, don’t like how this particular sausage is being made.

To be clear, the DGAC did not advise against eating meat; they simply advised eating less meat, more plants, in general, for two reasons. The first is their conclusion that the weight of evidence regarding diet and human health favors mostly plant-based diets quite decisively. I have reviewed the literature as well, and reached the same conclusion.

Arguing with a group of well-trained, unconflicted, multidisciplinary scientists about what the science says is certainly possible, but something of an uphill battle for an obviously conflicted, less qualified special interest. So instead, the focus has been on the second reason for this recommendation: sustainability. This DGAC, in a departure from prior efforts, decided to include in their report the relevance of dietary pattern to the real-world sustainability of the sources of food populating that pattern. Vested interests with profits at stake are claiming this is overreaching. My inclination is to say any of the following: Amen! Bravo! Duh? Or, what took you so long?

Food is fuel for the human machine, and thinking more generically about fuel may inform this debate. We are all careful to put the “right” fuel in our cars, be it regular, premium, diesel, or other. The fuel to which an engine, be it mechanical or biological, is suited is the fuel on which it will run best.

As for quantity, we tend to be unconcerned when making short trips with a full gas tank. But how much fuel becomes a salient concern either when the trip is long, or the gas gauge is nearing the red line.

Prior DGAC reports were relatively silent on the issue of sustainability for the same, flagrant reason: there seemed to be plenty of fuel in the tank. With climate change, water shortages, crop failures, and global population growth all fixtures of life in 2015, we can readily see, perhaps for the first time, the potential to run out of fuel for us all. To ignore that in the fueling of a population is as illogical, shortsighted, and cavalier as it would be in fueling a vehicle with a long way to go.

One important difference is that vehicles are fueled through distance; people are fueled over time. Shortages in food-induced by wanton disregard or willful neglect will be a problem not for progress along the interstate, but prospects across generations.

In other words, when we use the term “sustainability,” the question implied is: Will our kids and grandkids be able to do as we do? We might note in passing that the diets around the world associated with the longest lives and best health are just such, traditional diets: practiced generation after generation.

Ever shortsighted, and generally impervious to the wisdom of looking many generations ahead — when the answer was an easy yes, it was business as usual. The answer is no longer an easy yes, and that changes things. As I’ve noted before, the elimination of sustainability as a relevant consideration in dietary guidelines when we can clearly see the threat of shortages looming, is a willingness to eat our children’s food — and leave them to go hungry. I trust I may rely on my fellow parents to renounce that proposition.

At this point, the lid is off the box, and we know sustainability is a concern. We only have two choices: Honor that concern, or dismiss it — and knowingly eat at the expense of those to follow us. If the latter, then these cannot be dietary guidelines for “Americans,” but rather dietary guidelines for some Americans at the expense of their children, and grandchildren.

So forget about sustainability, and let’s just address the parent question: The dietary guidelines are for which Americans, exactly? 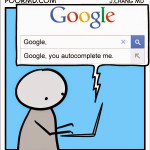 Order your own lab tests. What could go wrong? 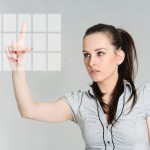 The dietary guidelines are for which Americans, exactly?
1 comments