As I have been known to say on this blog once or twice before, one of my favorite things about being a developmental pediatrician is the opportunity to follow the children I see for initial diagnostic evaluation over the long term. New research presented at the Pediatric Academic Societies conference makes me especially hopeful.

When our clinical team diagnoses a young toddler with autism, I will often see the child again in three months to make sure that all the recommended therapies are in place, chart the child’s progress toward goals and address any new or old issues with the parents. As the child gets older, I will see him or her every six months, and later, once a year or as needed.

After nearly 25 years of this process with about 700 children with autism, I’ve established a certain routine for follow-up visits: First I look through the clinical chart to remind myself of the child’s age, diagnoses, the last time I saw the child, active issues and records that have come in the interim. Then, based on the child’s age and level of functioning, I lay out particular toys that can give me information about the child’s learning and progress, and I plan which assessment measures I will use.

Next, I head into the waiting room, where I call the child by name and gauge the his or her attention to language. It’s also a chance to check out what the child was doing (having a tantrum, using the iPad, playing with other kids, running in the halls, etc.)

As we walk to the office, I ask simple questions and tell the child what we will do in the room. I monitor his or her ability to look at me and respond. In the room, I watch the child play with the toys, make efforts to engage him or her in both play and testing with the instrument I’ve selected and make note of progress and ongoing challenges. That’s the routine.

To be honest, I don’t get many surprises. Generally, I find I’ve pulled out the right toys, selected the appropriate assessment measures and made a good educated guess about what the child will accomplish. But, sometimes, I am really off base — in a good way.

When a doctor is happy to be wrong

Years ago, I remembered walking out to get a kindergartener who had been diagnosed with autism at two years of age. It had been a full year since I had last seen him. Making my way through the hall, I pictured the boy: poor eye contact, constant talk about Toy Story and Buzz and Woody getting in the way of conversation. There would be persistent squinting, glancing out of the corner of his eye and eye-level pursuits with which he explored everything in his environment.

The office had simple pretend toys and some puzzles, a long-standing interest and strength of his. Academic testing was on hand, but I had not anticipated his being ready for it, and I envisioned more play with intermittent testing items designed for younger children.

I scanned the waiting room for my patient. No Woody cowboy hat in sight. Could that be he? That boy in a parochial school uniform calmly doing homework by his mother’s side? I called his name. The boy looked up, gave me a shy smile, packed up his backpack and joined his mother at my side. En route to the office, he answered my questions about how old he is now, where he goes to school and taking the bus, all while looking me in the eye.

In the examination room, I quickly regrouped and pulled out the kindergarten testing packet. He listened to a story and answered the questions, did simple math, drew a symbolic picture, identified letters and their sounds, rhymed. When asked about his pets, he responded and followed up with a question about whether I had any pets. In short, he answered every question correctly and showed appropriate social interest and initiative. Later, while I caught up with his mother and reviewed the school report, he played meaningfully with a pirate ship, narrating his play very appropriately, even inviting me to play. Who was this boy — and what had he done with my patient with autism? Better yet — could we patent it?

His mother told me with pride of the tremendous gains he had made in the past year. He had been declassified by the board of education for special-education services for kindergarten, so she had decided to send him to private school. She had not told the school of his history, and so far there had been no complaints from the school. His teacher said he was messy and disorganized, but sweet and cooperative, a sought-after playmate and doing well with reading. Now she was at my office asking if she should continue services privately to help her son maintain his gains. I suggested that we think about a weekly handwriting group run by the occupational therapists.

He was the first. The first of several kids who shook the ground I walked on as a developmental pediatrician specializing in the early diagnosis of autism spectrum disorders.

ASD was supposed to be a lifelong diagnosis. Here, in the flesh, was a boy who, to my experienced eye, and more importantly, his teacher’s eye, was indistinguishable from other kindergarteners. I looked back at the original evaluation performed at 25 months of age, the standardized diagnostic instruments utilized, even the services he had received. Had the diagnosis been an error, an overcall of sorts?

Then it happened again. The grandson of a colleague. And then over the span of several years, again with a child who attempted to spin nearly every object he saw.

I needed confirmation. We headed to the International Meeting for Autism Research, where I was quietly determined to find out if other groups specializing in early diagnosis of ASD had similar occurrences. They did. I exhaled … what was going on?

The national agenda pushing for earlier diagnosis of ASD came about due to research demonstrating that early and intensive behavioral intervention led to best outcomes cognitively, adaptively and behaviorally for children with autism.

The idea was that many of the deficits associated with the condition were the result of a primary social deficit contributing to secondary impairments related to decreased incidental learning. Intensive behavioral intervention utilized the principles of operant conditioning to break down tasks into small components, and reinforce the child for carrying out the assignment. It was hoped this would lead to a greater likelihood of recurrence and further shape behavior. Typically the child’s response to his or her name was targeted first in order to reliably get the child’s attention. Next was eye contact, imitation, stimulus-response and the use of those basic skills to learn concepts. The hope was that the child could be reinforced to become a more incidental learner and that after being taught skills one by one, the child would learn more like his or her peers, thereby avoiding the secondary deficits of autism.

Looking for a leap’s cause

Was it possible that some children made a leap thereafter, off the autistic spectrum? Was it due to the intervention they received, their cognitive ability, genetic potential or parental involvement? Some of or all of the above?

The numbers were small, 7 percent at our center. Still, they represented a possibility, a hope. Grateful parents describe having their children’s future back, recognizing that their children have progressed far beyond their expectations. Classmates and children of other families in the support group, however, have not progressed, despite similar therapies and parental effort. The years often see new challenges for these children whose autism resolves: ADHD, learning disability, emotional issues. Against the backdrop of what might have been there is optimism that these challenges too can be addressed one by one.

Leaving medical school for a startup. And with no regrets. 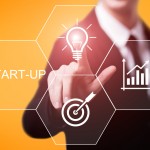