A 30-year-old woman is evaluated for a 1-year history of fatigue, headaches, poor sleep, depression, intermittently blurred vision, and weakness when climbing stairs. She takes no medication. Following a physical exam and lab studies, what diagnostic tests should be performed next?

On physical examination, vital signs are normal. Bilateral ptosis and diplopia are noted, but funduscopy findings are normal. Strength testing reveals mild weakness of the hip flexors. Tendon stretch reflexes are normal, as are results of a sensory examination.

Results of laboratory studies are positive for autoantibodies directed against muscle-specific tyrosine kinase receptors but are negative for antibodies against the acetylcholine receptor.

Which of the following diagnostic tests should be performed next?

A: CT of the chest
B: Edrophonium test
C: Lumbar puncture
D: MRI of the brain

The correct answer is A: CT of the chest.

This patient should next have a CT of the chest. Her symptoms and clinical findings are most consistent with myasthenia gravis. Myasthenia gravis is caused by an immune-mediated attack on postsynaptic neuromuscular junctions. Approximately 85% of affected patients have antibodies directed against the acetylcholine receptor. Among patients without acetylcholine receptor antibodies, approximately 50% have antibodies directed against muscle-specific tyrosine kinase (MuSK) receptors. Although thymic hyperplasia and thymoma, which are present in 75% of patients with myasthenia gravis, are less likely in MuSK autoantibody receptor-positive disease, these disorders should first be ruled out with a chest CT scan because surgical resection would generally be warranted if either were present.

Pyridostigmine, an acetylcholinesterase inhibitor, is often sufficient to treat mild forms of myasthenia gravis, but MuSK autoantibody receptor-positive forms are less responsive to the drug. Treatment with immunosuppression or plasma exchange has been shown to have a good response in myasthenia gravis with MuSK autoantibody receptor-positive disease and thus is more appropriate for this patient.

An edrophonium test is helpful in diagnosing myasthenia gravis if clear-cut improvement in muscle strength or function can be demonstrated after edrophonium injection. This test would be relatively insensitive for diagnosing myasthenia gravis in this patient because the ocular findings are fluctuating and the limb weakness is only mild, which makes improvement difficult to assess. Determining readiness for resuscitation is advised before performing this test because it may result in bradycardia or cardiac dysrhythmias (such as atrial fibrillation) in sensitive persons.

Lumbar puncture with subsequent analysis of the cerebrospinal fluid provides no useful information for the diagnosis of myasthenia gravis.

An MRI of the brain would be useful to exclude intracranial lesions causing headache or diplopia but is normal in patients with myasthenia gravis, which this patient’s clinical and laboratory findings most strongly suggest.

I love family medicine. And so should you. Here's why. 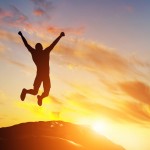 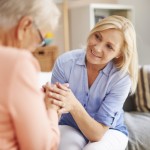