Can beliefs make you fat?

But what if I believe that exercise is the key to losing weight? Research suggests that this belief might be bad for my health.

Let’s be clear — I like to exercise. Maybe even too much for my own good, if the amount of money I’ve spent on orthopedic surgery is any indication. But I like to exercise because it is fun to exercise and makes me feel better, not because it keeps me thin. Let’s also be clear that exercise helps people avoid becoming obese. One of the reasons I’m still under 160 pounds in my early 50s is because I exercise six or seven days a week. But regular exercise, alone, doesn’t guarantee a trim figure. I have plenty of friends who exercise quite a bit, and still have hefty frames. They are hefty because they still manage to consume more calories than they burn.

And that’s where belief about exercise can become dangerous. I recently came across a study from 2013 suggesting that people who believe that exercise is the key to a healthy body weight end up weighing more than those who don’t. The study was conducted by two business school professors, Brent McFerran and Anirban Mukhopadhyay. Their study explores “lay theories” of obesity–the beliefs laypeople hold about what makes someone fat or not. For example, some people think the primary culprit is lack of exercise. Others believe it is primarily diet. Some believe it’s a combination of the two things.

The study showed that those people who believe that the primary culprit is exercise are heavier than other people: 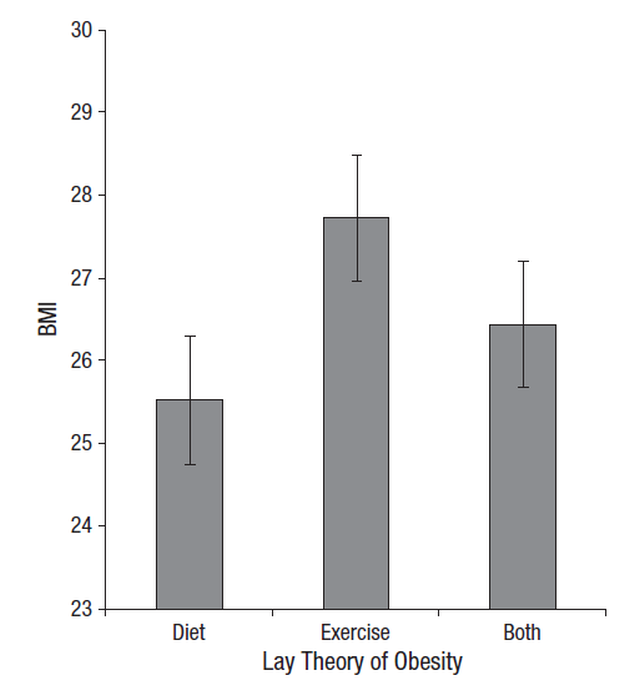 This study does not prove what is going on here — of what is causing these people to weigh more than others. Repeat after me: correlation is not causation! But one possibility is that these people, because they don’t believe food is a major culprit, don’t do as much to modify their eating behavior as the rest of the public.

Pretty obvious lesson here, but I will state it anyway. If you want to avoid becoming obese, eat well and exercise. Perhaps less obviously, try to convince yourself that exercise is not the key to fitting into that five-year-old pair of Levi’s. 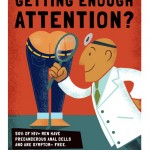 I'm a stickler about words. And here's why. 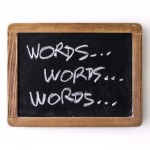 A belief in exercise can become dangerous
10 comments