I have now been a “Tweetiatrician” for six weeks. Yes, I am a relatively late adopter of new social media technology but it’s been quite an education. I signed up for Twitter after the measles outbreak in Disneyland to join in on Wendy Swanson’s #MeaslesTruth twitterstorm to encourage families to vaccinate their children.

Since that time, I have joined followed conferences from afar (which is really useful) and tweeted primarily about child safety issues and vaccines. Though my teenage sons labeled me as “lame” and don’t follow me, the experience has overall been educational and less of a time suck than expected.

What has been eye opening and disconcerting, however, has been the rabid discourse of the anti-vaccine community. I am amazed at how certain people who haven’t vaccinated their children are that vaccines are harmful to all children. As a pediatrician, I have spent my fair share of time with each patient educating them about misinformation on the internet and the true risks and benefits of vaccines. If a parent refuses to vaccinate their child, while I disagree and continue to persuade and educate, I can respect their decision.

But what I can’t respect and can’t fathom is why someone would spend hours sending thousands of tweets a day claiming that there is a vast conspiracy between the government, pharmaceutical companies, and pediatricians to harm children through harmful vaccines. The goal seems to be to flood the Internet with enough pseudoscience to convince everyone to stop vaccinating.  I don’t understand personally why we’d want to live in a world where children are regularly paralyzed by polio, die from H. influenzae meningitis, and have severe birth defects from congenital rubella, but if  you do, you can have your opinion, you can share your opinion, but you should not be given any credibility to influence public health.

Unfortunately, many parents (even well-educated) rely on the Internet and social media for information and education. Having a vociferous minority with voluminous material can and does sway vaccine hesitant parents — and as we have seen with the latest measles outbreak, can lead to significant public health consequences.

I think the biggest challenge for the pediatric and public health community is how to combat the misinformation with equivalent vigor. We are already at a disadvantage because the vast majority of us actually care for patients for a living and don’t have endless hours to challenge and respond to each piece of misinformation. Additionally, getting into a Twitter battle with someone who has fixed false beliefs appears to be a fruitless exercise that is unlikely to change their opinion.

That being said, a strong and consistent presence on social media creating well crafted scientifically based messages that drive parents to reputable information is a starting place. Creating a more organized and strategic consortium of like-minded groups would probably help add weight to the messaging (not to mention a good PR firm). We also need to hold the media more accountable for not given credence to pseudoscience. There is not an equivalent message between disproven and false beliefs and scientific facts.

More importantly, it would be great if we could hear the voice of the millions of parents whose children have been vaccinated and weren’t harmed. It would be great to drown out the small minority of misinformers with the silent majority who protect their children. Even a positive hashtag of #IAMTHEHERD is overwhelmed by anti-vaccine rhetoric.

This must change, and we need to make sure the opinions of the majority are part of the social discourse. Until we get back to the general societal belief that the benefits of vaccines are equivalent to the benefits of car seats, we are going to struggle with recurrent emerging outbreaks of infections that previously had been eliminated. The health community needs to partner with and be an active participant in this discourse. We need to partner with our patients and families, and have the fortitude to weather the vitriolic hate speech coming at us from the vocal minority. The past six weeks have convinced me to stay in the conversation, and I encourage other physicians to join me and all the other social media savvy physicians out there to stop the spread of misinformation.

Captain Sullenberger and his lessons for health care 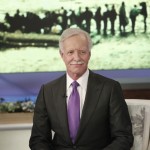 Should home births be turned into reality TV? 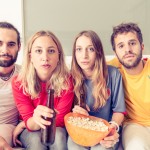