I’ve written before about various forms of complementary and alternative medicine — most recently about the use of essential oils for serious medical conditions. I’m planning to dive deeper into that topic in an upcoming post. But before I do, I want to take some time to reframe how we think about alternative therapies. And I want to make it clear from the beginning that doctors don’t get paid for prescribing medications; we get paid for taking care of patients.

Caring for patients requires an understanding of how the human body is supposed to work, how various disease processes interfere with that plan, and how medicines and other treatments can help to make things more normal. That’s a lot of knowledge, but perhaps even more important is the ability to think critically about each step along the way and integrate that knowledge into a management plan. Doctors must decide what is the most likely diagnosis and rule out the more serious conditions that they can’t afford to miss. They determine when tests should be ordered, which ones are likely to provide the most helpful information, and how to interpret the results. They decide if any treatment is necessary, which treatment would be the most appropriate, and if the expected benefits outweigh the risks. And throughout the process, a doctor can’t lose sight of the patient as a whole–how the social, spiritual, and financial aspects of their lives interplay with their medical condition.

Unfortunately, what a person’s job is has very little to do with how well they perform it. There are some fantastic burger flippers and some lousy lawyers out there, and we doctors are no different. For some people, it’s difficult to find a doctor that has both the knowledge and critical thinking skills to practice good medicine, and with whom you can develop a relationship of mutual trust. But for parents, this is one of the most important things you can do for your child’s health.

So, what is complementary and alternative medicine, and how should we approach it? Well, complementary medicine isn’t really a separate entity; it is, by definition, alternative medicine used in conjunction with conventional medicine. That leaves us with alternative medicine, which is typically defined as any system of medicine that is not generally accepted by the medical establishment. Now, there’s really nothing magical about that acceptance; our opinion doesn’t do a thing to change whether or not something works. And there’s a long history of “alternative” treatments finding homes in mainstream medicine. Aspirin, morphine, digoxin, quinine, sennosides, and vincristine are just a few examples of frequently-used drugs that are derived from chemicals found in plants, and nobody would call them “alternative” today. Healthy diet and exercise are promoted by both physicians and practitioners of alternative medicine. There’s really no clear dividing line between “alternative” and “conventional.”

Here are a few points to consider:

Everything is made from chemicals, and your body doesn’t care where they come from. There’s a huge movement today towards being more “natural,” whether it’s eating GMO-free food, using cloth diapers made from organic cotton, or choosing alternative medicines over medicines made in a lab. But all matter is made up of chemicals, and herbal medicines are effective (assuming they’re effective) because they contain chemicals that alter your body’s function. The cells in your body don’t have a clue if those chemicals came from a test tube or tree bark.

Treatments that do work don’t work for everything. One of the biggest warning signs about an ineffective treatment is that it is claimed to treat an astonishing variety of illnesses. Sure, we have medicines that can treat headaches and seizures, or blood pressure and anxiety, or ADHD and narcolepsy. But if someone claims that a certain treatment will cure all of your ailments, it’s probably not true. My favorite example is apple cider vinegar, which is touted by some for its abilities to prevent diabetes, improve heart health, kill cancer cells (as well as pesky weeds), and treat your sunburn…among lots of other tantalizing benefits. But, alas, the miracle cure we’ve been waiting for probably isn’t sitting on a shelf in your pantry. Sadly, that’s just not how things work.

Any treatment with a potential benefit carries a risk of side effects. Doctors aren’t perfect, and neither are our medicines. When I hear of a treatment with no potential harmful effects, I wonder if it has any effect at all.

Dose is important; everything is harmful in excess. The dose of a medication is a very important factor in determining whether its effects will be beneficial or harmful–or whether it will have any effect at all. There’s even a term for this; the “therapeutic index” is a comparison of the dose that yields positive effects and the dose where we see toxic effects. With many alternative therapies (herbal supplements, for instance), the true dose of the active ingredient changes based on the nutrients in the soil, the weather, and the time of harvest. And because the supplement industry isn’t subject to the same scrutiny as the pharmaceutical industry, there’s also a very real concern about what’s in the bottle. If treatments are proven to be effective, they need to be regulated to ensure consistent doses.

Placebos work (sort of). Depending on the condition, placebos can improve symptoms in up to 60 percent of cases. And if you pay more for them, they work even better. The effect is usually short-lived, and obviously doesn’t address the cause of most symptoms. In the medical field, placebos are generally considered to be unethical. But it doesn’t surprise me at all to hear that some people think homeopathy works. Or that aromatherapy helped to treat their cancer. The placebo effect is important for a couple different reasons: 1) It demonstrates the need to do proper clinical trials before concluding that a treatment is effective; and, 2) It shows us the powerful effect of doing something.

Some conventional medicines don’t work. It’s not an uncommon occurrence to realize that our treatments aren’t as effective as we thought they were–or that the bad outcomes outweigh the good. When we recognize that treatments are ineffective or unsafe, we should stop using them, no matter where they came from.

Real medicine changes. We learn more about medicine every day, and the amount of new information is astounding. Once you realize how much more we know about the human body today than we did just 50 years ago, appealing to the medical expertise of ancient civilizations just doesn’t make much sense. I often hear people argue that “science doesn’t know everything.” But, in the words of Dara O’Briain, “Science knows it doesn’t know everything; otherwise, it’d stop.” I’m far more skeptical about alternative medical systems that haven’t changed for thousands of years (despite our medical advances) than I am about a system that is continually searching for new and better solutions.

People aren’t mice, and we sure as heck aren’t test tubes. Laboratory research performed in test tubes or experimental animals is a great starting point. But it doesn’t always translate directly into effective treatments for humans. Baking soda may kill cancer cells in a petri dish. But I can do the same with gasoline and a Zippo, and you wouldn’t want me using that method on you. There are also major limitations in applying animal models directly to humans — we differ in more ways than size and shape.

The “alternative” vs. “conventional” dichotomy does nothing but get in the way of the truth. It focuses not on which treatments work and which don’t, but on which group of people “owns” them. And because alternative treatments aren’t regulated in the same way as conventional ones, there’s little incentive for the manufacturer to prove that their products work. Studies are expensive, and when they aren’t mandated by a regulatory agency or demanded by consumers, they don’t tend to be performed.

Perhaps a better classification system would be this:

Treatments that don’t work aren’t alternatives — at least, not good ones. And those that do work (no matter where they came from) aren’t alternatives, either — they’re just … medicine. You could — and should — do the same for safety: safe/not safe/we don’t know. That information should be balanced against the severity of the condition and the effectiveness of the treatment. We really shouldn’t care at all about where a treatment comes from. If there were convincing (and replicable) evidence that putting Tinkerbell stickers on your big toes would melt breast cancer like a Klondike bar, we should be willing to try it. And when the evidence overwhelmingly shows that a treatment doesn’t work, we should abandon it entirely.

For the sake of communication, I’ll continue to use the term “alternative medicine.” But hopefully, I’ve helped to explain why it’s not a particularly helpful distinction. I have no problem with alternative treatments — just with those that don’t work, or that cause more harm than good. I feel the same way about conventional medicine. As we go forward, I hope to shed some light on which alternative therapies work, which ones don’t, and those areas in which we just need more information. The most important distinction isn’t where the treatments come from, it’s how much we know about them.

Alcohol or marijuana? Rethinking what to take when you unwind. 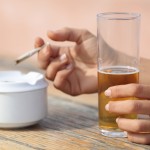 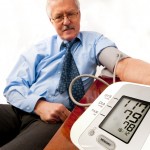 We need to reframe alternative medicine in a new way.  Like this.
19 comments