There were a lot of happy faces on March 20th as depicted in this brief video of the excitement on the campus of the University of Rochester School of Medicine. Similar scenes took place at every U.S. medical school because 93.9 percent of the 18,025 graduates of U.S. allopathic medical schools matched in a specialty.

But for the 1,093 (6.1 percent) U.S. graduates who didn’t match things were not so bright. These applicants had to go through the Supplemental Offer and Acceptance Program (SOAP) which connects unfilled programs with unmatched students.

Because there were over 8,600 unmatched graduates from schools all over the world vying for about 1,200 unfilled first-year residency positions, even some U.S. med school grads did not secure a position. One of these unfortunate souls tells her story in this blog.

The 7,400 or so new MDs left out in the cold will not be able to pursue their careers. They will not progress into any specialty, nor will they be able to obtain licenses to practice medicine anywhere in this country. Those with substantial tuition debt will have no way to pay off their loans.

The percentage of unmatched U.S. graduates has been relatively stable over the last five years, ranging from 4.9 percent to 6.3 percent while the number of first-year residency positions offered has steadily increased by nearly 4,000 from 23,420 in 2011 to 27,293 this year.

Graduates of osteopathic medical schools didn’t fare quite as well. Of the 2,949 osteopathic school applicants, 610 (20.7 percent) went unmatched, but this percentage has steadily declined from a high of 28.3 percent in 2011.

Reentering the match next year is an option, but spending a year outside of clinical medicine greatly reduces one’s chances of finding an accredited position.

If you factor in the number of applicants who either withdrew from the match, or did not submit a rank list, graduates of international medical schools have well below a 50 percent chance of matching.

I have warned about the risks involved with attending an offshore medical school. If you are considering attending such a school, I urge you to look at the numbers and think long and hard about your decision.

Angelina Jolie's story is one of true courage and grit 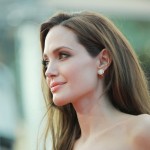 No unnecessary screening tests. Even at the cost of my online reputation.

The Match 2015: A grim prognosis for international medical graduates
31 comments