She was lying there stretched out, her mouth open, her eyelids sealed, her fingers straight, immobile, and paler than an image made of wax.  From out of her eyes came two streams of tears flowing slowly down onto the pillow …

For forty-three days, Charles did not leave her.  He neglected his patients; he sat up every night, he was constantly taking her pulse, applying sinapisms, cold-water compresses.  He sent Justin to Neufchatel to look for ice, the ice melted on the way; he sent him back again.  He called in Monsieur Canivet for a consultation; he had Doctor Lariviere, his old professor, come over from Rouen; he was in despair.  What alarmed him most was Emma’s prostration; she didn’t speak, didn’t hear anything, hardly even seemed to suffer – as though her body and her soul were both in repose after their agitation.
– from Madame Bovary, 1857, by Gustave Flaubert.

The vivid description of the human response to emotional devastation and despair above comes from an acclaimed novel written more than a century and half ago.  It elegantly describes the influence that the mind has on the health of the body.  I think all of us in healthcare realize that one cannot have a healthy body without a healthy mind; it is also incredibly difficult to keep the mind healthy when the body is ill.  The respective roles which mind and body play in determining overall health and wellness are so interwoven that they are essentially inseparable.

One cannot determine where the role of the mind ends and the role of the body begins.  Type 1 diabetes is a great example of the way two different patients handle and manage the same disease process.  The pathophysiology is identical, in that the patient cannot make insulin of her own.  The outcomes, morbidity, and life-expectancy, however, are widely variable.  But once the diagnosis of type 1 diabetes is made, the patient’s life is changed forever.  If she wants to stay healthy, then never once for the rest of her life can she “take a day off.”  A 40-year-old type 1 diabetic who looks (and likely is) healthier than me can be in a treatment room beside a 40-year-old type 1 diabetic who is blind, on dialysis, and missing a few toes.  What accounts for this amazing disparity?  To be fair, social and economic factors play a large role in management of this chronic disease.  But the frequently ignored difference is that the first patient has taken ownership of her disease, while the second one has not.  The first patient learns to control her disease; the second patient lets her disease control her.  Are there really “brittle diabetics,” or have these patients merely not formed the habits of vigilance and self-control?

In the book passage above, the reader quickly understands that depression and emotional shock caused the title character’s six-week bout of extreme fatigue and loss of interest in her surroundings.  There wasn’t a medical explanation.  The absence of a medical explanation was not for lack of fancy imaging tests, immunofluorescence staining, or expensive drugs.  I imagine that in the 1850s, a person was much more likely to accept a diagnosis of a “mental breakdown” as the cause of their symptoms.  This is not the case today.  The stigma of mental illness persists, and the internet can provide a laundry list of alternate “diagnoses.”  Too many people (patients and doctors alike) are willing to accept the name of a “disease” whose discovery is rooted in weak or no science.  It grants the patient a sense of justification (“See, I told you I wasn’t crazy, I had aspartame poisoning”) and the doctor a sense of relief now that he/she “has an answer” for the patient’s symptoms.  The danger is that many of these “answers” are purely fabricated.  From “black mold poisoning” to “adrenal fatigue” to “neurasthenia” to “gluten intolerance,” a patient can find numerous explanations as to why he feels poorly.  As physicians, we must exercise caution when treating an affliction which has not once threatened life, limb, or one of the five senses with therapies and medications which could.  Great potential exists to harm the patient.  So long as our first sacred Oath as physicians is to “do no harm,” we should approach such diseases and their therapies with skepticism.  Physicians need to re-embrace the null hypothesis like all good scientists should.

Two common diseases in America sound eerily similar.  One is called inflammatory bowel disease, or IBD.  IBD includes the afflictions known as Crohn’s disease and ulcerative colitis; both of which can be dangerous and occasionally life-threatening.  Problems like rectal bleeding, increased risk for cancer, bowel obstructions, liver failure, and arthritis occur frequently in patients with IBD.

Contrast IBD with irritable bowel syndrome, or IBS.  Patients with IBS have abdominal cramping, occasional diarrhea, and occasional constipation.  No one requires surgery for IBS.  IBS doesn’t give anyone cancer.  A patient could die with IBS, but not from IBS.  Nonetheless, pharmaceutical ads, the Internet, and social media would lead almost any non-medical American to believe that IBD and IBS are equally troubling and incapacitating.  American doctors, patients, hospital administrators, insurance execs, and our government need to focus more effort and spending on diseases that people die from, and less on diseases that people die with.

My advice to patients who have had numerous workups by various physicians and specialists with no clear answers is this:  Consider the fact that your symptoms may have no medical explanation.  Instead of responding with despair, rejoice that nothing dangerous was found.  Think of all the cancer patients in the world who pray that their doctors would walk in and tell them that their scans are negative.  Make that incredibly difficult first step to find motivation.  Try to exercise a little, and gradually build conditioning.  Ask which medications you can safely stop or wean.  Empower yourself and fight back with action, instead of dependence on medications or the hope that you will “get an answer” if you just find the “right doctor.”  Above all, realize that no answer is better than the wrong answer. 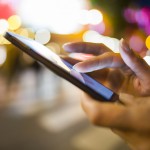 As the doctor exits, what does it mean for the humanity left behind?

Pseudodiseases, the age of misinformation, and the death of the null hypothesis
7 comments