As someone involved in both the medical and acting world, I was tremendously saddened to read about Dr. Fredric Brandt’s recent suicide, which is presumed to be in response to an impersonation of him on the Netflix’s series, The Unbreakable Kimmy Schmidt.  Project Casting, a website offering free casting calls and auditions, posted a link on their website asking, “Did Netflix go too far” and I was shocked by people’s comments.

The vast majority of statements were directed at mocking Dr. Brandt’s personal appearance and presumed depression, stating that Netflix shouldn’t take any responsibility for the outcome. It is important to remember that Dr. Brandt was a real person. He was a physician, researcher, lecturer and author and made tremendous contributions to his field.  According to Megan Diane, when asked why he worked such long hours in his practice, Dr. Brandt replied, “I want people to feel they haven’t given up on life and are still in the game.”

Here, we’ve taken someone that has worked their entire life to build a medical practice and help others and instead focused on the one thing that made him different. I think the fact, as many people were so cavalier to point out, that Dr. Brandt may have had issues with body dysmorphic disorder or depression preceding the impersonation makes his suicide more upsetting, not less so. Mental illness has tremendous social, medical and economic implications, and it is no more ok to mock someone suffering from depression than someone battling obesity, cancer or paralysis.

While I obviously don’t think that Netflix did anything illegal, I do think that publically shaming someone you believe to be mentally unstable is in poor taste. As humans, we need to be aware that our actions have consequences.  The plot of this show was in no way enhanced by modeling this character so closely after a real person — clearly without their consent or approval. There comes a point when doing something that may be legal, is still just cruel.

We have a belief in this country that people are public property. We take celebrities like Amanda Bynes or Britney Spears who are clearly dealing with emotional and psychological stress and instead of finding them the help and support they need, we shove cameras in their faces, analyze every word they’ve ever said and demonize them in the media.  We need to remove this invisible barrier we have distinguishing physical and mental disabilities. Both are conditions affecting vulnerable populations that need to be addressed by clinicians. Regardless of profession, our bodies and identities should no longer be considered public property or up for sale to the highest bidder.

The House of God brought attention to medical slang

Doctor's death an "inconvenience" for patients 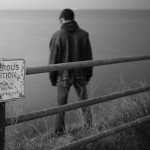 How far is too far? A response to Dr. Fredric Brandt’s suicide.
3 comments