I read two Facebook posts within the past few days dealing with a culture issue that needs changing. This is a matter from the “general” as opposed to medical world, but that which is present in society-at-large certainly spills into medical or any other subset of society.

The first was written by a woman in her early forties, discussing the details of recent times (while in retail establishments) she’s received unwanted amorous advances from strangers (including a time when she had her young teenage son with her, and they included her son in the harassing conversation). The second post was by a friend whose 17-year-old daughter, who works weekends at a toy store, has been receiving come-ons from customers while their children play in the store. Both women experienced definite “ick” feelings as they were being harassed.

Thankfully, the majority of public interactions are not icky. These incidents referred to above are happily the exceptions to the general rule of civilized, respectful behavior. But although they are exceptions, they are not rare exceptions, and they are threatening.

I am close to the 17-year-old young woman. I feel perfectly comfortable offering her advice. And while I would like to tell her to respond to inappropriate comments with something to the effect of, “I cannot figure out why you would think it’s OK to say that to me,” I am hesitant to advise her to engage these people at all. I’m also hesitant to tell her to walk away. The first option places the power with her, while the second seems more like it leaves at least some power with the tasteless cad.

The problem is, it’s difficult to know whether the label “tasteless cad” is sufficient and accurate. If the issue is simply a lack of manners and a poor sense of humor, then perhaps pointing out the rudeness will help prevent the person from creeping out someone else. But what if the demonstrated disrespect reflects a fundamental disregard for the personhood of those harassed, and attests to a sense of entitlement? A challenge to that entitlement could theoretically provoke more of an assertion of power. Tough for a 17 year old to gauge, when it’s even difficult for a fortysomething year old to do.

There are protections set up in schools and in workplaces (to prevent harassment from bosses or other employees), but there are no systematic protections regarding interactions with the general public. I would certainly report such matters to business management. A good manager will work to provide a safe environment for both employees and customers. Something as simple as placing a prominent sign reminding people to show respect to others can help establish expected conduct. Management can also ask someone to leave.

It’s more difficult when a store owner is the one engaging in the misconduct. If it’s the owner, I’d avoid that establishment and would warn others. A complaint to the Better Business Bureau or to the state attorney general’s office may in some circumstances be warranted.

And for everyone’s well-being, we need to teach our kids by always modeling respectful speech and behavior — not reducing people to sexual objects, not describing relationships as conquests, and not indicating that it’s ever ok to make suggestive comments to strangers. If we witness inappropriate behavior, we need to show support to the person being hassled, and when possible we need to report the harassment (to management, to administration, etc., depending on where it is occurring). We need to hammer into our kids that it is never ok for others to harass them.

It’s better than it used to be, and we can all work together to keep improving our world. It will never be perfect, but the exceptions to civility should become increasingly rare. 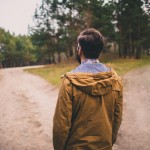